The interdisciplinary approach to Internet governance is gaining traction as the ecosystem is challenged by various issues such as geopolitics, emerging technologies, lack of legal instruments, and business models. It is currently uncertain what the impact of constant change in the digital realm might be. Will the Internet as we know it remain as a globally unified societal enabler or it will divide into national space with new monopolies?

In a search for a more stable, secure, and human-centred Internet, it is time for all stakeholders to adopt a holistic approach. Interdisciplinarity brings together the technical development, societal and economic impact, policy implications, and legal issues concerning the Internet. It can be linked to some of the key notions in Internet governance. Online trust among users and stakeholders, ethical concerns about digital technologies, preserving the core of the Internet as a global public good, and the multistakeholder approach to digital cooperation, are some of them.

Trust has become a key component of Internet governance. Accelerated innovation and expansion of the Internet have dramatically shifted the nature of correlation and coexistence online. While at the dawn of Internet usage, the small, academic, community of users relied on mutual trust to run the peer-to-peer network, today’s community includes over three billion users, challenging the notion of mutual trust.

Recent years have revealed an increase in distrust among Internet users and stakeholders on the global level. Lack of trust can lead to fragmentation of the global network and absence of peace or stability in the global cyberspace. Events such as global cyber conflicts, back-hacks, and the Snowden and Cambridge Analytics revelations pose a grave concern, but also an opportunity to constructively address the global issues of trust and ethics.

Online trust today faces several main challenges. The technical entities that run the global infrastructure need to preserve their already built trust capacity by ensuring that the Internet functions. The end-users can built trust capacity once they can protect their own legal and other interests (human rights, privacy, safety). To strengthen online trust, appropriate legal tools are needed. Defining jurisdiction online remains one of the legal considerations that could help citizens and other stakeholders to protect their legal interests online via existing court jurisdiction. The state actors should consider how to re-establish the relationship of trust between citizens and state.

Trustworthiness and credibility are key values in imagining the future Internet as global, open, and human-centric. In 2018 the Paris Call for Trust and Security in Cyberspace was launched, and in 2019 the United Nations High Level Panel on Digital Cooperation published its report ‘The Age of Digital Interdependence‘ proposing a revival of interdisciplinarity and multistakeholder dialogue within internet governance. Lastly, the ‘Contract for Web‘, a set of nine principles was the ‘human web’, was published by the World Wide Web Foundation.

The ethical governance of the global Internet is an accelerating global phenomenon and has strong ties with trust. The notion of Internet ethics embodies discussions about justice, rights, consequences, the balancing of good and harm, values, and the common good – as they manifest themselves in the cyberspace.

The main part of the discussion revolves around artificial intelligence issues, algorithms driving online behavior, and data privacy concerns. The challenge is ensuring informed and balanced discussions among a multiplicity of voices. Technical experts that distinguish between reality and hype in AI, ethics scholars who can shed light on the cornerstones of ethics and epistemology for the digital technologies today, technology companies and politicians with their own interests as primary guidelines of behaviour, civil society with focus on human rights and fundamental ethics, and the general public that will inevitably be increasingly affected by the Internet technologies.

Between 2018 and 2019, the number of ethics codes and principles in the form of published documents reached 100, among which the European Union Ethics Guidelines for Trustworthy Artificial Intelligence and numerous others.

The Internet as a global public good

The concept of global public goods can be linked to many aspects of Internet governance. The most direct connections are found in areas of protection of knowledge developed through Internet interaction, access to the Internet infrastructure, protection of public technical standards, and access to online education.

The concept of global public goods, combined with initiatives such as creative commons, could provide solutions that would both protect the current Internet creative environment and preserve Internet-generated knowledge for future generations. One of the key features of the Internet is that through worldwide interaction of users, new knowledge and information are produced. Considerable knowledge has been generated through exchanges on mailing lists and forums, social networks, and blogs. With the exception of creative commons, there is no mechanism to facilitate the legal use of such knowledge. Left in a legal uncertainty, it is made available for modification and commercialisation. This common pool of knowledge, an important basis of creativity, is at risk of being depleted. The more Internet content is commercialised, the less spontaneous exchanges may become. This could lead towards reduced creative interaction.

When it comes to the Internet infrastructure, this area is predominantly run by private companies. One of the challenges is the harmonisation of the private ownership of the Internet infrastructure with the status of the Internet as a global public good. National laws provide the possibility of private ownership being restricted by certain public requirements, including providing equal rights to all potential users and not interfering with the transported content.

These laws can have a fundamental impact on the Internet’s ability to foster or endanger the public interest, especially in terms of social justice, civil liberties, and human rights.  And as this network-of-networks becomes ever more important – from managing our critical infrastructures like the electricity grid to managing our social lives – so do the politics and ethics of its (technical) governance.

With regard to standardisation, almost continuous efforts are made to replace public standards with private and proprietary ones. This was the case with Microsoft (through browsers and ASP) and Sun Microsystems (through Java). The Internet standards (mainly TCP/IP) are open and public. The Internet governance regime should ensure protection of the main Internet standards as trustworthy, transparent, accountable, and global public goods.

Protecting the Internet as a global public good

Some solutions can be developed based on existing economic and legal concepts. For example, economic theory has a well-developed concept public goods, which was extended at international level to global public goods. A public good has two critical properties: non-rivalrous consumption and non-excludability. The former stipulates that the consumption of one individual does not detract from that of another; the latter, that it is difficult, if not impossible, to exclude an individual from enjoying the good. Access to Web-based materials and many other Internet services fulfils both criteria.

Multistakeholderism has established itself as a leading decision-making process over the last decade. However, the multistakeholder model is criticised for the different influence of some stakeholders, overrepresentation of others, or for not suiting the policymaking goals at times. It is directly linked to the notion of digital cooperation.

The notion of global public goods is one of several other notions that can be linked to the Internet or Internet-related aspects. One other notion is that of common heritage of mankind, a concept that was adopted by the UN Convention on the Law of the Sea (UNCLOS). In recent months, Malta – the small island state which was behind the introduction and adoption of the concept within UNCLOS – has been arguing in favour of the applying the concept of Common Heritage of Mankind to the critical infrastructure of the Internet.

Another notion is that of a global public resource, which has recently also been promoted – through several initiatives – as a possible solution for the protection of the Internet and its critical infrastructure. 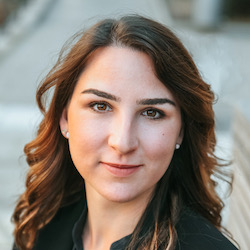 PhD candidate in Ethics and Technology

Ms Jana Mišić is a Marie-Curie PhD candidate in Ethics and Technology. Her research focuses on the governance and policy impact of digital technology on societal and ethical norms and values. She is based at the Rathenau Institute in The Hague and at the Twente University (The Netherlands).