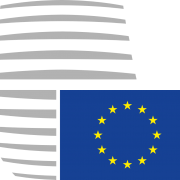 The European Council is the body responsble for defining the overall political direction and priorities of the European Union.

The Council is not a legislative body of the EU, so it is not involved in negotiating or adopting EU legislation. However, it sets the EU policy agenda, through the so-called 'conclusions' adopted during Council meetings, and which focus on issues of concerns and actions to address them. The conclusions can also set a deadline for earching agreement on a particular item or for the presentation of a particular proposals, thus giving the Council the possibility to influence and guide the EU's policy agenda.

Some of the conclusions adopted by the European Council focus on digital policy issues, randing from the digital divide, to e-commerce and the broader digital economy. Moreover, the 'Strategic agenda for the Union in times of change', adopted by the Council in June 2014, included aspects related to the digital single market among the priorities set for the EU in the following five years.