Cyberattacks can have an origin in international relations, or bring about the consequences that can escalate to a political and diplomatic level. An increasing number of states appear to be developing their own cyber tools for the defense, offence and intelligence related to cyberconflict.

The use of cyberweapons by states – and, more generally, the behavior of states in cyberspace in relation to maintaining international peace and security – is moving to the top of the international agenda.

Dealing with cyberconflicts as policy issue is in an early stage, with some early agreements related to the implementation of the existing international law to cyberspace and drafts of the norms and confidence building measures.

The complex nature of cyberconflict

The traditional forms of war are well known. There is established international law that regulates the conduct of armed conflict and seeks to limit its effects, such as the Geneva Convention which protects those who are not a part of the fighting. The rules of war, however, are different from the possible event of interstate cyber conflicts, which are still not well defined.

A major characteristics of the cyber conflict is the almost-impossible attribution of an attack even to a certain users, let alone to sponsorship by any state, due to the very complex and sophisticated weapons used which are able to work through a number of proxy layers (including botnets). Another difference between a traditional war and a possible cyberwar, however, exists in the scale: cyber-incidents do not take place between two nations while other countries silently watch. The Internet is a global resource and the cyberweapons, such as botnets, will employ the computing resources of other nations, making cyberwarfare effectively global. It is, therefore, reasonable to understand that the issues of cyber-conflicts and cyberwarfare belong to the Internet governance area and should be debated along with other security threats.

In 2013, the NATO Cooperative Cyber Defence Centre of Excellence (CCDCOE), prepared the Tallinn Manual elaborating on the implementation of the existing international humanitarian law on entering and conducting a war (jus ad bellum and jus in bello) in cyberspace. One attempt by academics and non-state actors to draft an international agreement is that of the Stanford Draft Convention on Protection from Cyber Crime and Terrorism. This draft recommends the establishment of an international body, named the Agency for Information Infrastructure Protection (AIIP). The UN Governmental Group of Experts has confirmed, in 2013, that the existing international law applies to cyberspace, but is yet to discuss on how it applies in practice. The OSCE has developed the Confidence Building Measures to enhance cooperation and prevent cyber-conflicts.

In context: The state of offensive cyber capabilities

Incidents of cybersabotage or cyberespionage have accelerated cyber armament. Some countries have declared ‘cyber’ to constitute the fifth military domain (after land, sea, air, and space). Many countries have established significant budgets for building military cyber capabilities – both offensive and defensive. The mapping of publicly available documents, such as national strategies, military doctrines, official statements, and credible media reports, presents evidence and indications that offensive cyber capabilities (OCCs) exist or are being built in almost 50 states. 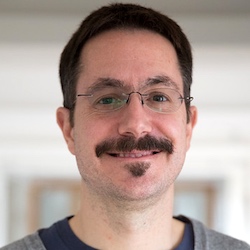