Ethics, technology, and the future of humanity

The lecture on Ethics, Technology, and the Future of Humanity took place on 8 June 2018, at the World Intellectual Property Organization (WIPO) in Geneva, Switzerland. Dr Francis Gurry (Director-General, WIPO) said that this first conference inaugurates a series of lectures on technology and ethics. Given the fast pace of technological change, institutions are currently under strain and limited in their response to the arising challenges. In particular, he affirmed the importance of considering both the social and ethical impact of new technologies. 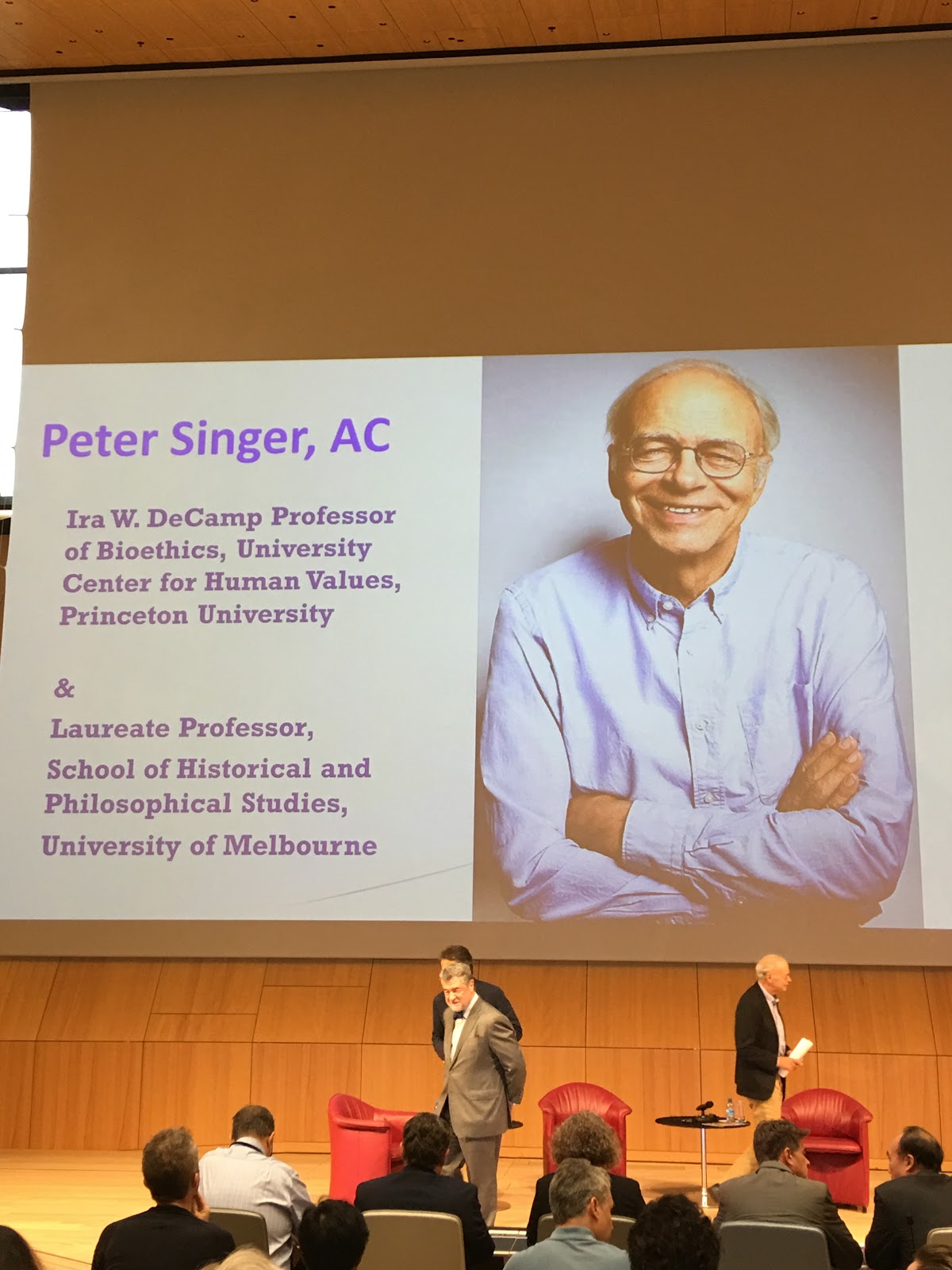 The lecture was delivered by Dr Peter Singer (Professor of Bioethics at Princeton University) and split into three parts.

Singer first considered that although there are aspects that are subjective (susceptible to individuals’ attitudes) and culturally relative, ethics also comprises objective truths, i.e. we should be able to agree on some basic principles of ethics while we disagree on particular applications in different circumstances. How would we discern what the best decision or action to pursue would be?

He explained that there are two schools of thought to guide us. On the one hand, the consequentialist argument posits that the right thing to do would be that which carefully considers how to maximise the consequences of the action for the majority of the people. Such an argument is close to utilitarianism: the right thing to do is the action that maximises the interest (well-being, happiness, alleviation of poverty etc.) of most people.

On the other hand, the Kantian school identifies some actions that are inherently wrong and thus prohibited. This is the case of fundamental rights in the Universal Declaration of Human Rights: they are considered to be inviolable and therefore actions threatening these rights are wrong – regardless of their results in terms of overall utility.

Singer stated that his personal belief is against an absolutist conception of human rights and his thought is closer to the utilitarian school of thought. He maintained that human rights are important because they help to promote the well-being of everyone; however, rights should not be thought of as being absolute, but rather, as something that serves the human purpose, i.e. betters society for us all.

Use of technology and property rights

Technology has the potential of maximising people’s interests. In this regard, he recalled the effective altruism movement which aims at maximising the positive impact of one’s actions with the means s/he has available. In this example, technology is useful in assessing what the most effective and efficient way of doing charity would be (e.g. gathering information on the most impactful organisation).

Singer then focused on discussing property rights. Ethically speaking, he identified two main school of thoughts. On the one hand, the utilitarian approach would promote property rights in the name of the promotion and rewards of innovation, which have contributed to the progress of everyone. On the other hand, the natural law theory of property rights looks at property rights as natural rights; it is thus wrong to deprive people of their property, irrespective of the consequences. Both approaches consider limitations to property rights in the name of necessity: the natural law perspective for the satisfaction of an imminent need (e.g. stealing bread due to hunger) and utilitarian mainly for reasons of preservation (if overall food distribution is highly skewed this is detrimental to humanity’s preservation).

He applied these considerations to the example of the commercialisation of expensive life-saving medicines in developing countries. Both approaches would allow for limitations of intellectual property rights under the aforementioned principles. However, the utilitarian approach has a more long-term perspective – the maximisation of the benefit for all also includes future generations – whereas the natural law approach primarily considers the satisfaction of an immediate need. The same could be said, for example, regarding the cost of delivering healthcare services. Singer considered that the actual challenge consists in finding specific incentives that would push pharmaceutical companies to produce medicines for markets that would not give them a substantial return in terms of profit (e.g. developing countries).

Technological advancement has allowed for the preservation and enhancement of life in conditions that naturally would not be possible. Singer considered the example of the invention of the ventilator and the possibility of performing organ transplants. Ethically speaking, such practices could easily be justified on utilitarian grounds; however, if we consider the Kantian perspective, organ donation would be difficult to justify on ethical grounds, as donation would go against the human dignity of the donor who would be then considered an ‘organ bank’. He explained that the dilemma was solved with a policy choice, in that we changed our definition of death: from cardiac and respiratory arrest, to brain death.

Another ethically challenging example was the case of in-vitro fertilisation, namely the possibility of creating a viable egg outside the body of the mother and with a potentially different genetic heritage than that of (one of) the parents. This practice is very much linked to the selection of potential embryos with given characteristics (e.g. more viable, ‘better’ genetic material, etc). He considered that possible solutions could comprise the ban on specific prenatal tests (Germany’s approach), or an incentive on couples carrying specific advantageous characteristics to reproduce (e.g. Singapore’s family incentives to couples formed by highly-educated partners) or to minimise the government’s intervention in this matter (US approach). This could also be problematic as private clinics could offer such services only to wealthier couples. Another solution could be to make it part of the national healthcare system.

Singer concluded the lecture by considering the latest technological advancements concerning Artificial Intelligence (AI). He explained that the discussion should be twofold. On the one hand, we should consider the automation of tasks that can also be performed by humans, e.g. software offering translations, healthcare counselling, driving, etc. He explained that in this case, the biggest ethical challenge is in how we can catch the gain in productivity and redistribute it to those who are being affected by automation the most. This would mean thinking of a society with less human work, and ensuring that citizens still retain a sense of purpose in their lives.

On the other hand, there is the possibility that machines will be able to perform tasks that we are not able to do. In this case, an ethical problem could arise vis-à-vis the fact that machines could decides that humans’ impact on the planet is actually detrimental and this could ultimately lead to extinction. Consequently, ‘should we prevent AI from taking over the human-centre of society?’ he concluded.