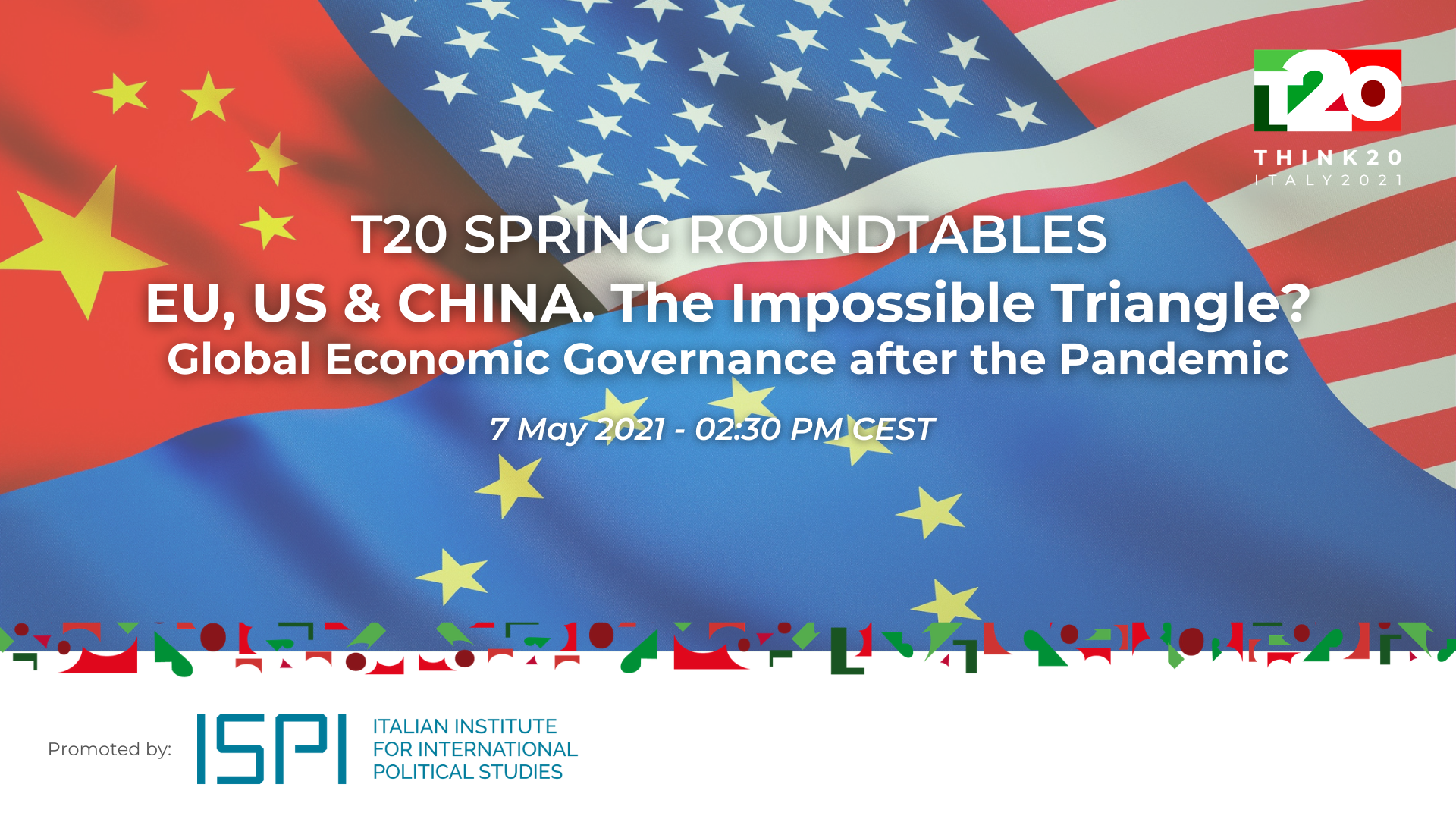 The Think20 (T20) is organising a series of Spring Roundtables and on 7 May will be hosting a panel on EU, US & CHINA. The Impossible Triangle? Global Economic Governance after the Pandemic.

T20 is the official engagement group of the G20 international economic forum, that brings together leading think tanks and research centers worldwide. It serves as the ‘ideas bank’ of the G20 and aims to provide research-based policy recommendations to the G20 leaders.

This roundtable will address the issues around economic tensions and rivalries among the three big world powers - the European Union, China, and the United States. As the post-pandemic world looks increasingly fragmented and regionalised, experts will discuss the importance of cooperation, resiliency, and questions such as: Is time really running out for globalisation? Which prospects for the interplay between Washington, Brussels and Beijing? Which impact on developing and poor countries? Is there still room for a renewed multilateral economic cooperation in the G20 and beyond?

Further information and the registration form can be found on the official webpage.