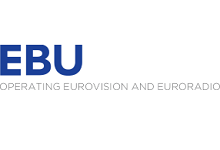 EBU is the world’s leading alliance of public service media. It has 112 member organisations in 56 countries and an additional 31 associates in Asia, Africa, Australasia, and the Americas. EBU members operate nearly 2,000 television, radio, and online channels and services, and offer a wealth of content across other platforms.

Together they reach an audience of more than one billion people around the world, broadcasting in more than 160 languages. The EBU operates Eurovision and Euroradio services.

EBU members use various types of network infrastructure for the production and distribution of PSM content and services to the entire population. In addition to traditional broadcasting networks – terrestrial, cable, or satellite – media service providers use fixed and wireless IP networks. The EBU’s activities aim to ensure that these networks are capable of meeting the requirements of PSM organisations and their audiences in a technically and economically viable way. This includes technical developments and standardisation in collaboration with industry partners as well as engagement with regulators and policymakers to ensure a suitable regulatory framework for PSM content and services.

The current focus is on broadband distribution infrastructure; distribution over internet platforms; wireless mobile technologies such as 5G; and terrestrial broadcast networks, including access to spectrum.

Further information about the EBU’s technical work, including the scope of different working groups, can be found at tech.ebu.ch.

Following the start of the war in Ukraine and the 2021 flooding in Europe, the EBU issued a recommendation to recall the crucial importance of PSM’s delivery to citizens – for this, no single resilient network will suffice.

Since its inception in 1950, the EBU has been mandated by its members to contribute to standardisation work in all technological fields related to media. This work ranges from TV and radio production equipment to the new broadcasting standards for transmission. This mandate has been naturally extended over the years to the field of mobile technologies, as well as online production and distribution.

The EBU hosts the digital video broadcasting (DVB) project, which has developed digital TV standards such as DVB-T/T2 and DVB-S/S2 which are the backbone of digital TV broadcasting around the world. DVB is currently working on an IP-based distribution system and on DVB-I, a new open standard for content distribution over the internet. This work is closely aligned with the 3rd Generation Partnership Project (3GPP).

The EBU is an active member of a number of other standards and industry organisations that are developing specifications relevant to media content production and distribution, including major standards developing organisations (SDOs) (e.g. the European Telecommunications Standards Institute (ETSI), 3GPP, the International Telecommunication Union (ITU), the Institute of Electrical and Electronics Engineers (IEEE) but also those with a more focused scope (e.g. Hybrid broadcast broadband TV (HbbTV), DASH Industry Forum (DASH- IF), the World Wide Web Consortium (W3C), RadioDNS (1), Word Digital Audio Broadcasting (WorldDAB), Advanced Encryption Standard (AES), the Advanced Media Workflow Association (AMWA), and the Society of Motion Picture and Television Engineers (SMPTE)). In all these organisations, the EBU’s main objective is to ensure that specifications are capable of meeting the requirements of EBU members and their audiences.

In 2019, the EBU launched a 5G Media Action Group (5G-MAG), an independent non-profit cross-industry association that provides a framework for collaboration between media and information and communications technology (ICT) stakeholders on a market-driven implementation of 5G technologies in content creation, production, distribution, and consumption.

AI and data are central themes for PSM today, especially when it comes to strengthening and personalising relationships with its citizens. The EBU's AI and Data Group defines the AI and Data Initiative strategy and priorities in order to support EBU members' data usage and AI- and data-driven strategies. It brings together EBU member delegates and EBU permanent services delegates, who are directly involved in carrying out strategic, managerial, analytical, technological, legal, content-related, or other types of activities related to data usage in their respective organisations.

A prominent example of the EBU’s use of AI is its PEACH (Personalization for EACH) initiative, which has brought together a number of public broadcasters to develop AI-powered tools to deliver the right content to the right audience in accordance with current data protection regulations.

The EBU’s work in the field of net neutrality focuses on assisting its members in coordinating their positions on broadband network neutrality. To this end, it provides expertise and facilitates initiatives and the drafting of documents concerning net neutrality at the EU level. The EBU also encourages its members to exchange experiences from the national level. Net neutrality is addressed as part of the EBU’s Legal and Policy Distribution Group. Net neutrality is seen as a key principle for public service broadcasters to support and advocate for, as it ensures their services are equally accessible by all internet users.

The EBU has developed a Strategic Programme on Media Cyber Security, aimed mainly at raising awareness among its members of the increasing cybersecurity risks and threats to broadcasting. This initiative also provides a platform for its members to exchange information on security incidents (e.g. phishing campaigns, targeted malware attacks), as well as on lessons learned, projects, and internal procedures. A dedicated working group is focused on defining information security best practices for broadcast companies – it has recently published a recommendation providing guidance on cybersecurity safeguards that media organisations and media vendors should apply when planning, designing, or sourcing their products and services. The EBU organises an annual Media Cybersecurity Forum, which brings together manufacturers, service providers, and media companies to discuss security issues in the media domain.

In an environment increasingly characterised by digital convergence, the EBU is working on identifying viable investment solutions for over-the-top (OTT) services. The organisation has a Digital Media Steering Committee, focused on 'defining the role of public service media in the digital era, with a special focus on how to interact with big digital companies'. It also develops a  bi-annual roadmap for technology and innovation activities and has a dedicated Project Group on OTT services.

In addition, there is an intersectoral group composed of EBU members and staff that exchange best practices for relations between internet platforms and broadcasters. During the COVID-19 crisis, a coordinated effort by the technical distribution experts of the EBU and its members monitored the state of the global broadband network to help avoid surcharges due to the increased consumption of on-demand programmes.

This work goes hand in hand with that developed by the Legal and Policy department – among others with the Content, Platform, Distribution, and Intellectual Property Expert Groups, all key in the establishment of EU rules enabling the proper availability of PSM services to people across the EU and beyond.

Most of the EBU’s activities are aimed at increasing the capacity of its members to address challenges and embrace opportunities brought about by the digital age. To that end, through its Digital Transformation Initiative, the EBU has developed a number of member support services, such as its expert community network that gathers over 200 experts from across its membership, and a digital knowledge hub with a repository of analyses and best practices. The EBU also offers a wide range of workshops and other sessions aimed at creating awareness about the digital transformation of the public service media, developing peer-to-peer assessment of members’ digital maturity, and initiating tailored interventions based on members’ needs.

1-RadioDNS is an organisation that promotes the use of open technology standards to enable hybrid radio. Hybrid radio combines broadcast radio and internet technologies to create a harmonised distribution technology. It relies upon the Domain Name System (DNS).