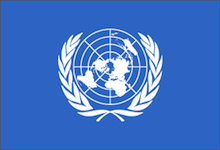 During the third meeting of the Working Group on Enhanced Cooperation (WGEC), held on 3–5 May, the main discussion focused on the future architecture of global Internet governance. Two main views were prevalent during the discourse. On the one hand, most developed countries and industry representatives believe that enhanced co-operation is taking place that there is no need for any new institutional mechanisms, and that all issues are being adequately dealt with by the existing mechanisms that use multistakeholder processes. On the other hand, some civil society actors and many developing countries argue that key issues are not being adequately dealt with (in particular security, data protection, platform dominance, the rise of artificial intelligence, the impact of the Internet on jobs, etc.). Thus, they suggest the establishment of a UN-based mechanisms that would facilitate enhanced co-operation in digital matters among governments, and better address key issues.

Few compromise solutions were proposed, such as introducing government-focused sessions (as well as other sessions dedicated to specific stakeholder groups) as pre-events to the Internet Governance Forum (IGF), introducing a governmental track at the IGF, and creating an online and/or in situ clearing house for digital issues. However that proposals did not, at least initially, gather significant support. In order to advance with the preparation of the report it needs to present to the Commission on Science and Technology for Development (CSTD) in May 2018, the WGEC will hold at least two more meetings, the next one being scheduled for 25-27 September 2017, in Geneva.