Critical infrastructures (CI) can be defined loosely as ‘systems that are so vital to a nation that their incapacity or destruction would have a debilitating effect on national security, the economy, or public health and safety’ (according to the IETF Security Glossary). And most countries have defined their own CI depending on their national context; in most cases, these include both core Internet and, more widely, ICT infrastructures (such as telecommunications networks), and transport, energy, and other key infrastructures that are more and more relying on ICTs.

Critical (information) infrastructure protection (CIP) is ever more important because critical infrastructures depend increasingly on networks linked to the Internet. Many vital parts of global society ‒ including industries such as energy, water, and finance ‒ are becoming more and more dependent on the Internet and other computer networks as an information infrastructure. While allowing for resource optimisation, this also leaves them at the risk of a cyberattack or an Internet fallout.

The history of the concept can be traced back to the 1998 US Presidential Decision Directive PDD-63 which set up a national programme of Critical Infrastructure Protection. The aim was to secure infrastructures of national importance from cybersecurity risks. Over the last 15 years the concept of CI has developed into a broader concept to include supply chain insurance to physical damage from natural hazards, as well as targeted physical attacks.

In 2007, the IETF added Critical Information Infrastructures to the Internet Security Glossary (RFC 4949). The definition adopted by IETF (presented in the beginning of this description) shows that while ICT can be a CI in itself, the implementation of ICTs in our daily activity has made it a transversal subject. In order to face cyber risks, many countries and even some larger institutions have developed teams of individuals that may respond in case of emergency. This type of team is often called a Computer Emergency Response Teams, but other variations are Computer Emergency Readiness Teams or Computer Security Incident Response Teams (CSIRT). In the case of nation states, these teams are often characterized by strong public-private partnerships (PPP) as many CIs are in the hands of the private sector. The policies pertaining to Information Infrastructure are often called Critical Information Infrastructure Protection (CIIP) policies.

The US Presidential Decision Directive PDD-63 was updated in 2003 through the Homeland Security Presidential Directive 7 for Critical Infrastructure Identification, Prioritization, and Protection. This update broadened the definition of infrastructure as the physical and virtual systems that are ‘so vital to the United States that the incapacity or destruction of such systems and assets would have a debilitating impact on security, national economic security, national public health or safety, or any combination of those matters’. In 2013, it was replaced by PPD21 – Critical Infrastructure Security and Resilience with the intention of advancing national efforts to ‘strengthen and maintain secure, functioning and resilient critical infrastructure’. The policy directive was accompanied by the Executive Order 13636 ‘Improving Critical Infrastructure Cybersecurity’. The National Institute of Standards and Technology (NIST) released the Framework for Improving Critical Infrastructure Cybersecurity in February 2014. The document provides a generic guideline on how companies and institutions in charge of CI can organize, improve, mitigate and recover from a cyberattack.

In the European Union, the European Programme for Critical Infrastructure Protection (EPCIP), presented by the European Commission in 2006, outlined a series of principles, processes and instruments proposed to implement EPCIP. A complementing CIIP action plan was also set out, and it was built on five pillars: preparedness and prevention, detection and response, mitigation and recovery, international cooperation, and criteria for European Critical Infrastructures in the field of ICT. Directive 2008/114/EC on the identification and designation of European critical infrastructures followed, with the aim to set up a ‘procedure for the identification and designation of European critical infrastructures (‘ECIs’), and a common approach to the assessment of the need to improve the protection of such infrastructures in order to contribute to the protection of people’. The proposal for a Network and Information Security Directive (proposed by the European Commission in 2013 and agreed upon by Parliament, Council and Commission in December 2015), paired with the EU Cybersecurity Strategy, sets a more specific guidance to member states on the CIIP measures, including the setting up of CERTs. At the same time, the European Union Agency for Network and Information Security (ENISA) is in charge of following up on the implementation of CIIP measures, and providing capacity-building measures and resources. ENISA works closely with national CERTs.

The OECD Recommendations on CIIP (2008) provides a number of steps for the member states: at national level, states are invited to adopt policy objectives on high-level, develop national strategy, identify government agencies and organisations responsible for CIIP, develop organisational structure for prevention and response, including independent (CERTs), consult with private sector and build trusted public-private partnerships, facilitate information sharing with acknowledging the sensitivity of certain information, conduct risk assessment, etc. At the international level, states are encouraged to enhance information sharing and strengthen cooperation across institutions in charge of CIIP.

The approach of the Organization of American States

The Organization of American States (OAS), by General Assembly resolution AG/RES 1939 XXXIII-O/03 of 2003 has the Inter-American Cyber-Security Strategy which pools the efforts of three existing, related groupings of the organisation: the Inter-American Committee against Terrorism (CICTE), Ministers of Justice or Other Ministers or Attorneys General of the Americas (REMJA), and Inter-American Telecommunication Commission (CITEL). These groups cooperate to implement programmes that will prevent cybercrime by, among other things, protecting the critical infrastructure by legislative and other procedural measures. 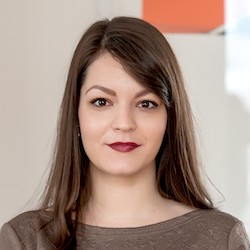