If you have a legal dispute to settle with someone, you can do so through traditional means such as court, but you can also do so by agreeing to settle the dispute through the decision of a third party such as an arbitrator or arbitration tribunal, mediator, or other body.  These methods are referred to as Alternative Dispute Resolution (ADR). In the Internet governance space, Online Dispute Resolution (ODR) features most prominently.

Arbitration is a dispute resolution mechanism available in place of traditional courts. In arbitrations, decisions are made by one or more independent individuals chosen by the disputants. The mechanism is usually set out in a private contract, which also specifies issues such as the place of arbitration, procedures, and choice of law. The leading international arbitrations are usually operating under the auspices of chambers of commerce. The main international instrument governing arbitration is the United Nations Commission on International Trade Law (UNCITRAL) 1985 Model Law on International Commercial Arbitration. The Model Law covers all stages of arbitration: From the arbitration agreement and the arbitral tribunals (i.e. jurisdiction, composition), through to the recognition and enforcement of arbitral awards.

The main limitation of arbitration is that it cannot address issues of higher public interest such as the protection of human rights; due to the jurisdictional and applicable law challenges such as the jurisdiction of arbitral tribunals, content of protected rights, the adequate forum, and the participation of third parties in the proceedings. Such issues require the intervention of state-established courts.

In cases where the subject of the dispute is the Internet and its use, arbitration remains the most effective and timely remedy due to the avoidance of jurisdictional conflicts.

Mediation provides for the assistance of an independent third party (mediator) in finding solutions to the dispute and is based upon explicit consent of the parties. Mediation promotes consensus between the parties but does not provide a binding resolution for the participants. The Singapore Convention on Mediation (the UN Convention on International Settlement Agreements Resulting from Mediation) provides a uniform framework for the recognition and enforcement of mediated settlement agreements that resolve international commercial disputes. It provides for international mediated settlements to be treated in a manner comparable to arbitral awards.

ODR is a dispute resolution mechanism that involves the use of technology in facilitating resolutions. The Internet has brought major changes to ADR methods, making them more agile and time and cost effective. As with regular dispute resolution, ODR allows for filling the gaps of the current regulations in international private law to deal with Internet cases. In addition, it allows for:

An example of these new forms of arbitration is the Universal Domain-Name Dispute-Resolution Policy (UDRP), developed by the World Intellectual Property Organization (WIPO) and implemented by the Internet Corporation for Assigned Names and Numbers (ICANN) as the primary dispute resolution procedure. The UDRP is agreed to in advance as the mandatory dispute resolution mechanism in all contracts involving the registration of generic top-level domains (gTLDs) (e.g. .com, .edu, .org, and .net) and for some country code top-level domains (ccTLDs) as well. Its unique aspect is that arbitration is not agreed upon by the parties, rather it is applied to all the contracts. In addition, awards are applied directly through changes in the domain name system (DNS) without resorting to enforcement through national courts. This way, UDRP allows for efficient and fast means to resolve domain name disputes between trademark holders and bad faith registrants of domain names. By providing a uniform set of guidelines, the UDRP mitigates the jurisdictional and jurisprudential issues that may arise in an international prosecution of a complaint.

Learn more about the DNS.

The need to regulate disputes in cross border e-commerce consumer cases in the European single market has led the EU to adopt the Directive of consumer ADR. It required EU member countries to establish ADR bodies for the settlement of consumer-to-business disputes beginning in 2015. A year later, the Regulation on consumer ODR came into effect, creating an online platform to file complaints regarding e-commerce. This regulation introduced significant changes to the existing civil justice system in the EU. It has created an additional way for consumers to achieve accessible, timely, and cost effective redress.

In the USA, ODR has been offered by e-commerce companies since 2000, and now various courts mandate the use of ODR as the first step of dispute settlement.

Another example is the Hangzhou Internet Court in China established in 2017, offering an ODR platform for dispute resolution for Internet-related cases.

ODR is evolving and on track to be widely used in many parts of the world. While it has its weak points, such as accessibility and confidentiality issues, it gives parties a more convenient, flexible, and effective way to resolve their disputes compared to traditional arbitration.

The field of arbitration and mediation in the digital environment is constantly evolving. As of late, the legislative draft of the Digital Services Act in the European Union envisions out-of-court dispute settlement mechanism between online platforms and recipients of services in certain cases. The Australian News Media and Digital Platforms Mandatory Bargaining Code also foresees arbitration on remuneration issues between news businesses and digital platforms for posting news content. 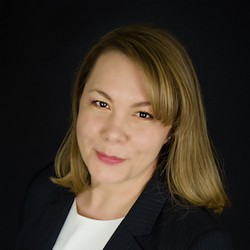 Ms Pavlina Ittelson is Program Officer at Diplo US. She also monitors the topics of jurisdiction and alternative dispute resolution for the GIP Digital Watch Observatory.