One of the main sociocultural issues is content policy, often addressed from the standpoints of human rights (freedom of expression and the right to communicate), government (content control), and technology (tools for content control). Discussions usually focus on three groups of content:

Governments that filter access to content usually create an Internet Index of websites blocked for citizen access. Technically speaking, this is done with the help of router-based IP blocking, proxy servers, and DNS redirection. Content filtering occurs in a growing number of countries (see opennet.net).

Faced with the potential risk of the disintegration of the Internet through the development of various national barriers (filtering systems), W3C and other like-minded institutions made proactive moves proposing the implementation of user-controlled rating and filtering systems. In these systems, filtering mechanisms can be implemented by software on personal computers or at server level controlling Internet access. This method allows users to implement their own filtering systems without national intervention. It remains to be seen, however, whether governments will sufficiently trust their citizens to create their own filters.

Another technical solution related to content is geo-location software, which filters access to particular web content according to the geographic or national origin of users. The Yahoo! case was important in this respect, since the group of experts involved, including Vint Cerf, indicated that in 70-90% of cases Yahoo! could determine whether sections of one of its websites hosting Nazi memorabilia were accessed from France. This assessment helped the court come to a final decision, which requested Yahoo! to filter access from France to Nazi memorabilia. Since the 2000 Yahoo! case, the precision of geo-location has increased further through the development of highly sophisticated geo-location software.

The bridge between the end-user and Web content is usually a search engine, and filtering search results is therefore often used as a tool to prevent access to specific content. The risk of filtering of search results, however, doesn’t come only from the governmental sphere; commercial interests may interfere as well, more or less obviously or pervasively. Commentators have started to question the role of search engines (particularly Google, considering its dominant position in users’ preferences) in mediating user access to information and to warn about their power of influencing users’ knowledge and preferences. This issue is increasingly attracting the attention of governments, which call for increased transparency from Internet companies regarding the algorithms they employ in their search engines. German chancellor Angela Merkel spoke out about this risk, claiming that: ‘Algorithms, when they are not transparent, can lead to a distortion of our perception, they can shrink our expanse of information.’

With the development of Web 2.0 platforms – blogs, document‑sharing websites, forums, and virtual worlds – the difference between the user and the creator has blurred. Internet users can create large portions of web content, such as blog posts, videos, and photo galleries. Identifying, filtering, and labelling ‘improper’ websites is becoming a complex activity. While automatic filtering techniques for texts are well developed, automatic recognition, filtering, and labelling of visual content are still in the early development phase.

One approach, sometimes taken by governments in an attempt to manage user-generated content that they deem objectionable, is to completely block access to platforms such as YouTube and Twitter throughout the country, or even to cut Internet access completely, hindering all communication on social network platforms (as was the case, for example, during some of the Arab Spring events). However, this can seriously infringe on the right to free speech, and violates the potential of the Internet in other areas (e.g. as an educational resource).

As the debate of what can and cannot be published online is becoming increasingly mature, social media platforms themselves have started to formalise their policies of where they draw the border between content that should or should not be tolerated. For example, Facebook’s Statement of Rights and Responsibilities specifies: ‘We can remove any content or information you post on Facebook if we believe that it violates this statement or our policies.’ Yet, the implementation of such policies sometimes leads to unintended consequences, with platforms removing legitimate content.

For Internet companies, it is often difficult to identify illegal content among the millions of content inputs on their platforms. One possible solution can be found in artificial intelligence mechanisms to detect hate speech, verbal abuse or online harassment. However, relying on machine learning to make decisions as to what constitutes hate speech opens many questions, such as whether such systems would be able to differentiate between hate speech and irony or sarcasm.

The legal vacuum in the field of content policy provides governments with high levels of discretion in deciding what content should be blocked. Since content policy is a sensitive issue for every society, the adoption of legal instruments is vital. National regulation in the field of content policy could bring a more predictable legal situation beneficial for the business sector, ensure a better protection of human rights for citizens, and reduce the level of discretion that governments currently enjoy. However, as. the border between justified content control and censorship is delicate and difficult to enshrine in legislation, this tension is increasingly being resolved in the courtroom, for example regarding the role of social media outlets in terrorist activities.

In response to the increased sophistication with which terrorists manage their activities and promote their ideologies online, multilateral forums have started addressing ways to limit harmful content (e.g. the G7, the UN Security Council, and the United Nations Office on Drugs and Crime). At the regional level, the main initiatives have arisen in European countries with strong legislation in the field of hate speech, including anti-racism and anti-Semitism. European regional institutions have attempted to impose these rules on cyberspace. The primary legal instrument addressing the issue of content is the Council of Europe Additional Protocol to the Convention on Cybercrime (2003), concerning the criminalisation of acts of racist and xenophobic nature committed through computer systems. On a more practical level, the EU adopted the European Strategy to Make the Internet a Better Place for Children in 2012.

The Organization for Security and Co-operation in Europe (OSCE) is also active in this field. Since 2003, it has organised a number of conferences and meetings with a particular focus on freedom of expression and the potential misuses of the Internet (e.g. racist, xenophobic, and anti-Semitic propaganda, and content related to violent extremism and radicalisation).

The role of intermediaries

The private sector is playing an increasingly important role in content policy. Internet Service Providers, as Internet gateways, are often held responsible for the implementation of content filtering. In addition, Internet companies (such as Facebook, Google, and Twitter) are becoming de facto content regulators. Google, for example, has had to decide on more than half a million requests for the removal of links from search results, based on the right to be forgotten. These companies are also increasingly involved in cooperative efforts with public authorities in an attempt to combat illegal online content. 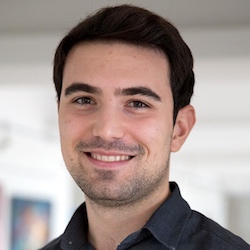 An online moderator for remote participation and coordinator for the Geneva-based courses, Mr Marco Lotti joined DiploFoundation in early 2017. As part of the Geneva office team, Marco organises activities and events such as the Geneva Digital Talks and the Data Talks. Acurator at the Geneva Internet Platform Digital Watch observatory, he follows global developments regarding Content Policy and Cultural Diversity online.