TikTok, an app that has swept the social media world and delights users with its 15-second videos, has found itself in the middle of geopolitical tensions. TikTok quickly became popular, drawing more than 2 billion downloads globally and 175 million downloads in the USA, with a predicted 22% rise in 2020. TikTok, and its Chinese version named Douyin, are owned by ByteDance, a multinational information and news company headquartered in Shanghai, China.

Concerns about TikTok and user data

Having unprecedented access to user data, an increasing number of countries are looking into how TikTok handels user data and whether it is censoring content displayed within the app.

One of the main concerns is the possibility of access to TikTok's user data by Chinese authorities. The allegations include an overreach of Chinese surveillance by allowing access to personal data of TikTok users on servers, as well as the TikTok app being a vehicle for surveillance software. These concerns triggered national security considerations in several countries and propelled the discussions on data misuse and overreach onto the international level.

In June 2020, India banned TikTok along with other Chinese apps citing concerns that these apps were engaging in activities that threatened the ‘national security and defence of India, which ultimately impinges upon the sovereignty and integrity of India’ by  'stealing and surreptitiously transmitting users’ data in an unauthorized manner to servers which have locations outside India’. While the TikTok ban in India was in direct response to a military conflict on Indian-Chinese border, the same concern was raised when the USA banned TikTok by President Trump’s Executive Order from 6 August 2020.

TikTok denies such accusations and states that user data is not stored on servers in China and that Chinese authorities do not have access to the personal data of TikTok users. By being excluded from the Indian market, TikTok has lost the largest user base outside of China and suffered a loss of about USD$ 6 billion.

Regarding the shared content, TikTok and its owner, ByteDance, have been under scrutiny for censoring content which is contrary to Chinese foreign policy aims – such as mentions of Tiananmen Square, Tibetan independence, the banned religious group Falun Gong, Uyghur Muslims, and others.

In addition to these allegations, TikTok has been criticised for distributing inappropriate content in Pakistan and Indonesia, and has been investigated in the United Kingdom, France, Netherlands, and the USA for the misuse of information from children, as well as child endangerment.

For these reasons, several countries, like Japan, Australia, Canada, France, and the Netherlands, are considering banning the app as well.

TikTok and its ban in the USA

The ban of TikTok in the USA has garnered the most media attention and has led to increased international tensions between the USA and China reflecting commercial, economic, and political concerns. Going into more detail, there are two tracks to follow. 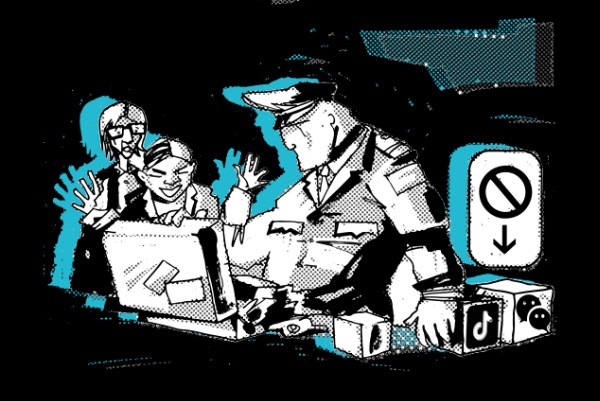 ByteDance, a multinational company headquartered in Shanghai, China, develops apps and social networking services for video-sharing, such as TikTok and Douyin.

In November 2017, ByteDance acquired Musical.ly, a start-up company with a video-sharing app of the same name. At the time, Musical.ly had an active user base mostly in the USA. The deal was worth anywhere between USD$800 million and USD$1 billion.

Within a year, ByteDance merged Musical.ly and TikTok into a single global application. ByteDance did not seek clearance from the US authorities on this merger as, at the time, it did not suspect any indication of national security concerns in the USA.

As the popularity of TikTok sharply rose in 2019, the acquisition and merger of Musical.ly and TikTok became the subject of review as a non-notified transaction by the Committee on Foreign Investment in the United States at the US Treasury Department (CFIUS). Even though Musical.ly and ByteDance are incorporated in the Cayman Islands, the CFIUS is authorised to review transactions where foreign acquisition of 'US entities' – interpreted to include those with a substantial US presence – may pose a threat to US national security. In a rare statement, in July 2020, US Treasury Secretary Steven Mnuchin confirmed this review.

On 14 August 2020, US President Donald Trump issued an executive order requiring ByteDance to leave the US market within 90 days, prohibiting the 2017 acquisition, along with any ownership interests in Musical.ly by ByteDance. The order also directs ByteDance to divest all interests in ‘any tangible or intangible assets or property, wherever located, used to enable or support ByteDance’s operation of the TikTok application in the United States’ and ‘any data obtained or derived from TikTok application or Musical.ly application users in the United States'. The deadline is set for 12 November 2020.

As a response to the Executive Order from 14 August 2020, China has changed the export licence requirements on technology to include TikTok transactions. ByteDance, now requiring approval from China to sell the US operations of TikTok, has applied for an export licence with the Chinese commerce authorities.

As the negotiations unfold, the Executive Order to reverse the 2017 acquisition of Musical.ly by ByteDance has not been challenged in court. The parties have until 12 November 2020 to come to an agreement on the deal and to seek the necessary approvals from the Chinese and US authorities to comply with the Executive Order from 14 August 2020.

The second thread to follow in the TikTok battles is the ban of the TikTok app itself by the Executive Order of US President Donald Trump from 6 August 2020. This Executive Order cites threats to USA’s national security, foreign policy, and economy. The Executive Order was issued based on the US International Emergency Economic Powers Act (IEEPA), authorising the president to regulate international commerce after declaring a national emergency in response to any unusual and extraordinary threat to the USA, originating outside the USA.

At the end of August 2020, this Executive Order was challenged in court by TikTok, citing, among others issues, due process concerns. According to TikTok, the Executive Order does not fulfill the requirements stated in the IEEPA.

However, based on the Executive Order in question, on 13 September 2020, the US Commerce Department issued a prohibition of any provision of service to distribute or maintain the TikTok app's constituent code, or app updates through online app stores in the USA as of 20 September 2020. As of 12 November 2020, the US Commerce Department prohibited any provision of Internet hosting services, content delivery network services, directly contracted or arranged Internet transit or peering services enabling the function or optimisation of the TikTok app within the USA, as well as any utilisation of the TikTok app’s constituent code, functions, or services in the functioning of software or services developed and/or accessible within the USA.

The deadline of the ban was 20 September 2020, but was later extended to 27 September 2020 when TikTok obtained a nationwide preliminary injunction by the court, stopping the implementation of the Executive Order from 6 August 2020 and of the US Commerce Department prohibition.

The battle to keep the TikTok app functioning in the USA remains in court and will unfold in the coming months. While the current battle is being fought over TikTok, the underlying issues are the access to data, limits of foreign surveillance, and the overarching tensions between the USA and China – all but guaranteeing future tensions in the international arena.

With the change of the US administration in 2021, US President Biden is yet to set a policy regarding threats to US national security. In the meantime, policies set up by former President Trump are being reviewed and the divestment in the US operations of TikTok, as well as the ban of the app itself have been put on indefinite hold.