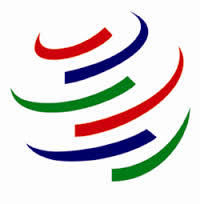 WTO is an intergovernmental organisation that deals with the rules of trade among its members. Its main functions include administering WTO trade agreements, providing a forum for trade negotiations, settling trade disputes, monitoring national trade policies, providing technical assistance and training for developing countries, and ensuring cooperation with other international organisations.

As part of its outreach activities, WTO organises numerous events such as the Aid for Trade Global Review and an annual Public Forum, which brings together governments, non-governmental organisations (NGOs), academics, businesses, and other stakeholders for discussions on a broad range of issues, including many relating to the digital economy.

International standards are important to the global digital economy as they can enable interconnectivity and interoperability for telecommunications and internet infrastructures. The WTO Technical Barriers to Trade Agreement (TBT Agreement) aims to ensure that technical regulations, standards, and conformity assessment procedures affecting trade in goods (including telecommunications products) are non-discriminatory and do not create unnecessary obstacles to trade. The TBT Agreement strongly encourages that such regulatory measures be based on relevant international standards. The TBT Committee serves as a forum where governments discuss and address concerns with specific regulations, including those affecting digital trade. Examples of relevant TBT measures notified to or discussed at the TBT Committee include (1) measures addressing the internet of things (IoT) and related devices in terms of their safety, interoperability, national security/cybersecurity, performance, and quality; (2) measures regulating 5G cellular network technology for reasons related to, among others, national security and interoperability; (3) measures regulating 3D printing (additive manufacturing) devices; (4) measures regulating drones (small unmanned aircraft systems) due to risks for humans/consumers, interoperability problems, and national security risks; and (5) measures dealing with autonomous vehicles, mostly concerned with their safety and performance.

The growth of the global digital economy is fuelled by data. Discussions on how provisions of WTO agreements apply to data flows are ongoing among WTO members. In this context, is particularly relevant, as it applies to trade in services such as (1) data transmission and data processing by any form of technology (e.g. mobile or cloud technologies); (2) new ICT business models such as infrastructure as a service (IaaS); (3) online distribution services e.g. (e-commerce market platforms); and (4) financial services such as mobile payments. The extent to which members can impose restrictions on data or information flows affecting trade in services is determined by their GATS schedules of commitments. Under the JSI, proposals on cross-border data flows have been submitted and are being discussed. These proposals envision a general rule establishing the free flow of data for commercial activities. Proposed exceptions to this general rule are, to a large extent, similar to the existing GATS General and Security Exceptions and relate to, for example, protection of personal data, protection of legitimate public policy objectives, national security interests, and exclusion of governmental data. Issues related to data flows have also been raised by members in other contexts at the WTO, such as in the Council for Trade in Services, for instance, when national cybersecurity measures adopted have been considered by some members as trade barriers.

The TRIPS Agreement is a key international instrument for the protection of IP and is of relevance to e-commerce. The technologies that underpin the internet and enable digital commerce such as software, routers, networks, switches, and user interfaces are protected by IP. In addition, e-commerce transactions can involve digital products with IP-protected content, such as e-books, software, or blueprints for 3D-printing. As IP licences often regulate the usage rights for such intangible digital products, the TRIPS Agreement and the international IP Conventions provide much of the legal infrastructure for digital trade.

The role of IP in promoting innovation and trade in the digital age has been highlighted in recent WTO World Trade Reports.

IP-related issues are also being discussed in the JSI. Submitted proposals include text on limiting requests to the access or transfer of source code. The source code or the data analysis used in the operation of programmes or services is often legally protected by IP law through copyright, patent, or trade secret provisions. The main goal of the JSI proposals on access to source code is to prevent members from requiring access or transfer of the source code owned by a national of another member state as a condition for market access. Some exceptions to this general prohibition have also been proposed. For example, for software that is used for critical infrastructures and public procurement transactions.

WTO agreements cover a broad spectrum of trade topics, including some related to e-commerce, which has been on the WTO agenda since 1998 when the ministers adopted the Declaration on Global Electronic Commerce. The Declaration instructed the General Council to establish a Work Programme on electronic commerce. In that Declaration, members also agreed to continue the practice of not imposing customs duties on electronic transmissions (the ’moratorium’). The Work Programme provides a broad definition of e-commerce and instructs four WTO bodies (Council for Trade in Goods; Council for Trade in Services; TRIPS Council; and the Committee on Trade and Development) to explore the relationship between WTO Agreements and e-commerce. The Work Programme and the moratorium on customs duties on electronic transmissions have been periodically reviewed and renewed. At its recently concluded 12th Ministerial Conference (MC12) in June 2022, WTO members agreed to reinvigorate the Work Programme, particularly in line with its development dimension, and to intensify discussions on the moratorium, including on its scope, definition, and impact. Furthermore, members agreed to extend the moratorium on customs duties on electronic transmissions until MC13 (2).

At MC11 in 2017, a group of members issued the Joint Statement Initiative (JSI) on E-Commerce to explore work towards future WTO negotiations on trade-related aspects of e-commerce. Following the exploratory work, in January 2019, 76 members confirmed their ‘intention to commence WTO negotiations on trade-related aspects of electronic commerce’ and to ‘achieve a high standard out- come that builds on existing WTO agreements and frameworks with the participation of as many WTO members as possible’. Negotiations are continuing among 87 members (3) and are structured under 6 broad themes, namely enabling e-commerce, openness and e-commerce, trust and e-commerce, cross-cutting issues, telecommunications, and market access. JSI participants have reached a high degree of convergence on e-authentication and e-signatures, e-contracts, open government data, online consumer protection, unsolicited commercial electronic messages (spam), transparency, open internet access and paperless trading. Negotiations on electronic transactions frameworks, source code, cybersecurity, electronic invoicing, privacy, telecommunications, and customs duties on electronic transmissions continue. On the margins of the MC12, the co-convenors of the JSI (Australia, Japan, and Singapore), issued a statement underlining the importance of developing global rules on e-commerce and, together with Switzerland, launched the E-commerce Capacity Building Framework to strengthen digital inclusion and to help developing and least developed countries to harness the opportunities of digital trade.

The ITA-I was concluded by 29 participants in 1996. Through this agreement, participating WTO members eliminated tariffs and other duties and charges (ODCs) on hundreds of ICT products – including computers, laptops, servers, routers, communication devices (i.e. mobile telephones),  semiconductors, semiconductor manufacturing equipment and parts thereof – to foster the development of ICT global value chains and facilitate greater adoption of the ICT products that lie at the core of a global digital economy and power the downstream innovative and competitive capacity of every industry that deploys them. Currently, 83 WTO members are participants in ITA-I, accounting for approximately 97% of world trade in ITA-I products. As technology continues to evolve, ICT is found at the core of an ever-increasing range of products. At the MC10 in Nairobi in 2015, over 50 WTO members concluded ITA-II negotiations and agreed to expand the ITA product coverage by around 200 products. ICT products such as GPS navigation equipment, satellites, and medical equipment were included and tariffs on these products have been eliminated among ITA-II participants. At present, the ITA-II consists of 55 WTO members, representing over 90% of world trade in ITA-II products. The ITA is being discussed in the JSI under the market access focus group.

1-The issue of digital standards is addressed as ‘standards and regulations’ within the work of WTO.

4-The issue of arbitration is referred to under the issue of ‘market access’ within the work of WTO.