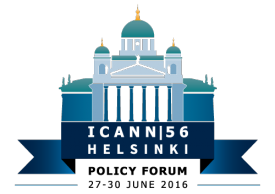 The Next ICANN policy forum is taking place from 27-30 June, in Helsinki, Finland.

Where and when do ICANN meetings take place?

ICANN meetings are held three times a year in different regions, with the board typically choosing the actual location at least a year out from the meeting. You can see the list of regions and countries of past and upcoming ICANN meetings at http://meetings.icann.org/calendar.

What happens between meetings?

In the period between meetings, the supporting organisations (SOs) and advisory committees (ACs) work closely with ICANN staff to make progress on the work agreed to during the most recent meeting. The results are then posted for public comment on the ICANN website to allow anyone in the Internet community to become acquainted with the latest developments and offer opinions on them. ICANN’s advisory committees also prepare reports to inform you about these issues and their potential impact on the Internet. A summary and analysis of all the comments is prepared and relevant documents are revised accordingly in time for your further review at the next meeting.

What is an ICANN meeting and what happens?

ICANN meetings provide the opportunity for an internationally diverse group of individuals and organisations to come together and discuss and develop policies for the Internet‘s naming systems. The organisation’s staff of around 100 runs the meetings and coordinates with its volunteer SOs and ACs. The SOs and ACs are represented by governments, managers of Domain Name System elements (registries, registrars, ISPs), technical, business and intellectual property communities, academia, Internet users, and so on. ICANN’s Board, which is international in nature, ultimately weighs and makes the final decisions about Internet policies and processes.

One committee, the Governmental Advisory Committee or GAC, is made up of representatives from governments and governmental entities. Currently numbering 130 members, they come together at each meeting to provide a unique regulatory, legal, linguistic and cultural perspective on the issues being discussed during the meeting.

ICANN’s international meetings have been a staple of ICANN’s multistakeholder bottom-up consensus-building model since its formation in 1998. At the annual general meeting, one of each year’s three meetings, you have the opportunity to meet newly seated members of the Board of Directors and thank outgoing Board members for their service.

How are ICANN meetings structured?

ICANN meetings run nearly a full week and follow a theme. Monday is the official opening where the week’s work is outlined in the morning, and the main issues given specific sessions in the afternoon. Tuesday is constituency day, when the Generic Names Supporting Organisation’s (GNSO’s) several constituencies meet separately. At the same time, the Country Code Names Supporting Organisation (ccNSO), GAC and At-Large community meet all day in a variety of different sessions.

The councils of the ACs and SOs make decisions on Wednesday while workshops inform the community about new and upcoming issues. Wednesday also sees sessions dedicated to internal review of ICANN’s own structures. A gala event ends the evening.