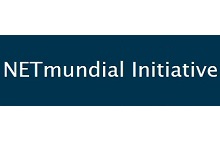 [Update] The working-level Inaugural Meeting of the NETmundial Initiative was held on 31 March at Stanford University; the outcome was a draft terms of reference which is open for public comments until 1 May 2015. Read the Stanford Communiqué.

The first formal meeting of Inaugural Coordination Council of the NETmundial Initiative will be held on 31 March 2015, at Stanford University, California. The meeting is preceded by a period of broad engagement across the global community. The Initiative’s secretariat will work closely with members of the Council and/or their staff to coordinate the global bottom-up consultation to finalise the Initiative’s Terms of Reference and to develop a framework for the NETmundial solutions’ platform prior to the Council’s first meeting.

In December 2014, the NETmundial Initiative announced the members of its Inaugural Coordination Council and outlined the next steps in the process. The announcement followed a series of open dialogues and consultations across all sectors of the global community that have helped inform and shape the way forward.

The open call for nominations for the Inaugural Coordination Council was answered with strong voluntary community participation. A total of 46 high quality nomination submissions were made for the 20 seats available, reflecting a broad and diverse representation of stakeholders from all sectors and geographies. The responsibilities of the Inaugural Coordination Council will be limited to facilitating global support for the Initiative, including promoting the distributed Internet governance model, and attracting ideas, individuals, organizations, and funding in order to enable interested parties to take voluntary actions on the platform. The Council will have no mandate to intervene on any initiatives advanced through the platform.

In February 2015, the NETmundial Initiative announced the launch of the community consultation phase for the development of the Initiative's Terms of Reference. All interested parties were invited to provide input on a set of questions relating to the Initiative’s purpose, scope and organisation. The input collected during this initial phase (from 2-16 February 2015) was aimed at informing the first draft of the Terms of Reference, which was planned to be made available for public comment and further discussion from 2-16 March 2015. The Council will discuss the adoption of the document at its first gathering on 31 March 2015.

View the full list of Inaugural Coordinating Council members, and details about the upcoming first meeting on 31 March. Minutes from 2014 and 2015 meetings are also available. For more details visit the NETmundial Initiative's website.