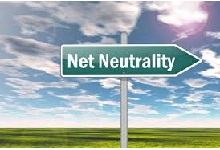 The webcast is now available.

Net neutrality is back. Three years after our first IG webinar – and the start of what is now a regular monthly IG webinar series taking place in the last week of each month – we have re-visited the topic again. The discussion focus, however, has moved from ‘defining network neutrality’ to some emerging challenges such as new infrastructure, market and policy developments, and ‘specialised services’.

At the webinar, we first reminded ourselves what net neutrality is all about: moving slowly through Diplo's illustration, we examined the need and effects of traffic management and a ‘two-tier Internet’, especially in developing countries.

We then reviewed various positions: from user concerns from entrepreneurs, small businesses, and ‘over the top’ (OTT) corporations such as content providers, to ISPs and telecom companies, ending with the role of governments and regulators. Next we focused on traffic management and prioritisation, asking ourselves why this is needed for technical, economic, or legal reasons. We went more into the technology required for a ‘fast lane’, providing updates on infrastructure developments such as content delivery networks (CDNs), which have a strong impact on how we experience the Internet today.

Recent policy developments were discussed, such as the Regulation on the Single Telecoms Market initially adopted by the European Parliament, rules about the future of the ‘Open Internet’ proposed by the US Federal Communications Commission (FCC), Brazil’s ‘Marco Civil’ clauses related to net neutrality, the final document of NETmundial meeting in São Paulo, and the model framework for net neutrality announced by the Council of Europe.

We then focused on the possible implications on developing countries of national trends taking place in developed countries– such as the effects of a ‘fast lane’ on content diversity and freedom, limits to start-ups and innovations, but also the possibilities for greater revenue for telcos and options for attracting global OTT business.

Finally, we outlined the main disagreements and open issues to be discussed: better defining the ‘appropriate management’ and economic models, and the limits of ‘specialised services’, how to ensure competition, and whether the choice of an ISP is enough or is regulation needed as well, and how to assure both human rights and freedoms and the investment needed in innovation and infrastructure. We looked at prospects for the net neutrality debate across the globe, including at the Internet Governance Forum in Istanbul in September.

The webinar also addressed a number of good questions from participants.

The full recording of the webinar is available here.

Net Neutrality is going through a turbulent time. New rulings in the USA, new decisions at the European Parliament, and strong opinions from tech giants and activists have been moulding this principle into a set of rules that will affect millions of Internet users. What have the main developments been, and what can we expect soon?

Following the recent ruling of a US federal appeals court that struck down the Federal Communications Commission's Open Internet rules - determining that the FCC does not have the power to require Internet service providers ISPs) to treat all traffic equally - the FCC is now being encouraged to re-label broadband as a utility. Brazil has adopted its Marco Civil with strong provisions on Net Neutrality. At the same time, NETmundial has recommended that Net Neutrality be further discussed at the next IGF in Istanbul. Across the ocean, the European Parliament recently voted to restrict ISPs' ability to charge for faster network access.

At the same time, citizens’ protests are being staged in the USA to demand regulatory approaches to protect the Open Internet, while tech giants continue to insist on their right to charge for ‘specialised services’ and the benefits of tiered access for the Internet economy.

Diplo's Net Neutrality expert Vladimir Radunovic will lead the discussion in our June IG webinar dedicated to the subject.

Join us on Monday, 30th June, at 12:00 pm GMT, to discuss the developments and prospects for Net Neutrality. Webinar participants will be able to discuss the topic with our speakers. Attendance is free; registration is required.

For background information, view the video, take a closer look at the illustration, and refer to related links at the bottom.