Freedom of Expression online: Gaps in policy and practice

Deborah Brown, Association for Progressive Communications (APC), opened the session by setting the scene with some background information. In 2012 Frank La Rue the former Rapporteur for Freedom of Expression online, launched a ground-breaking report, which led to a resolution that acknowledged the application of human rights online. Since then the APC has been seeing how they can measure the implementation of the report in various countries.

The session sought to bring together groups that have applied indicators of La Rue’s report to their countries and share their experiences as well as identifying any gaps in policy and practice they came across.

Fernando Garcia, Director of Internet Lab in Mexico, stressed that it is a big challenge to build a framework for freedom of expression that can apply globally. He explained how in Mexico it is common practice to hijack legislation for restricting free speech (e.g. data protection, copyright). He further expressed his view that the TTPIP will only augment this problem of DMCA being used in countries other than the US.

With regards to the situation in India, Ritu Schrivastawa, Digital Empowerment Foundation, stated that there seems to be two key elements missing. Firstly, access should not only be considered as simply having access to the Internet, but should also take into account affordability and accessibility of the Internet connection. Secondly, the issue of human rights and women is a parameter crucially missing from the framework.

Juan Carlos Lara, Derechos Digitales, offered an insight into the Latin American perspective. He explained how the region is unique due to the prevalence of US jurisprudence, and that the governance context is far from ideal as private stakeholders are very powerful. He highlighted how the application of the La Rue framework to this context has provided some proof that a history of state abuse and control replicates itself in more recent issues like Internet governance. 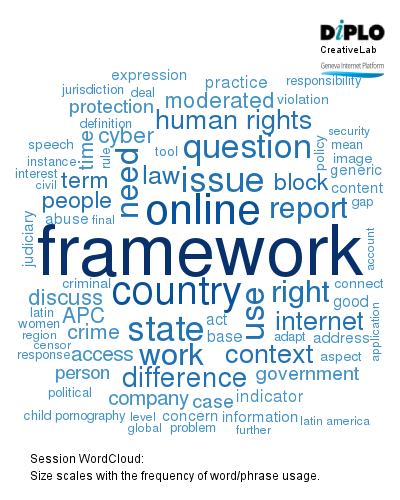 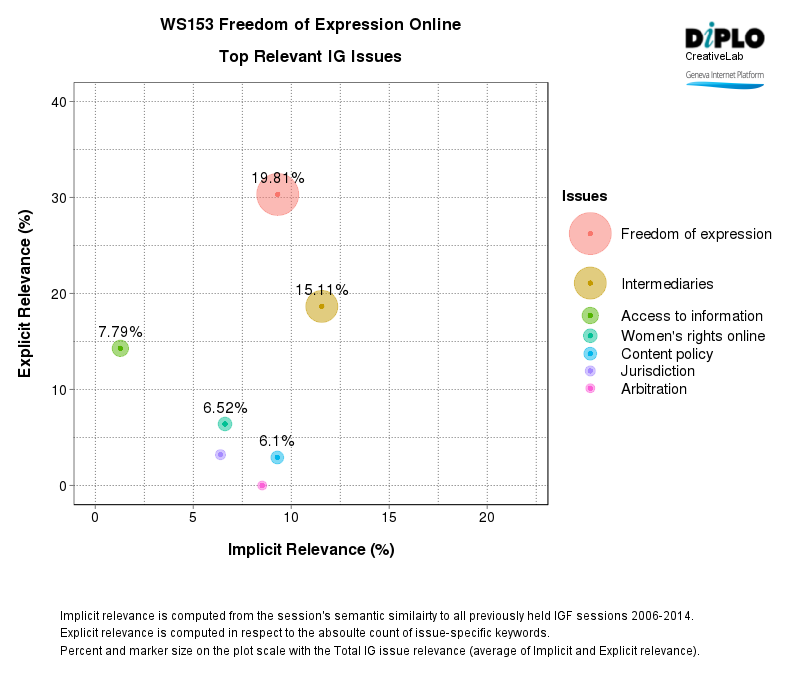 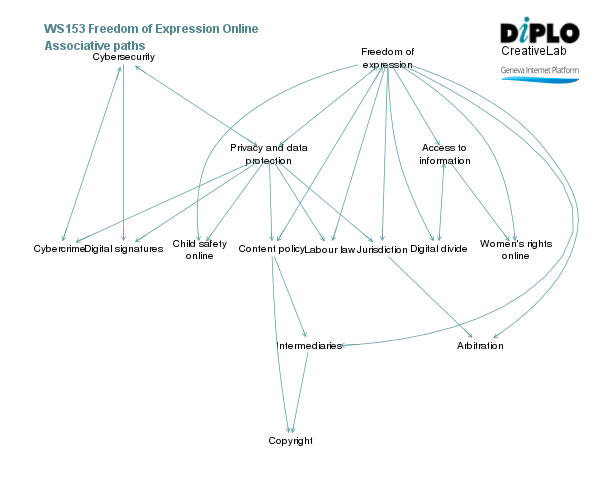 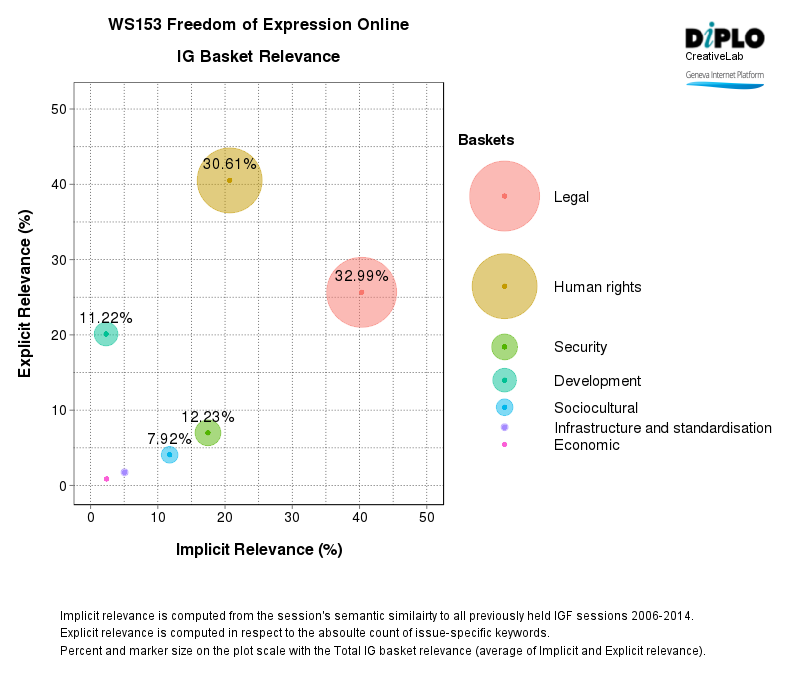 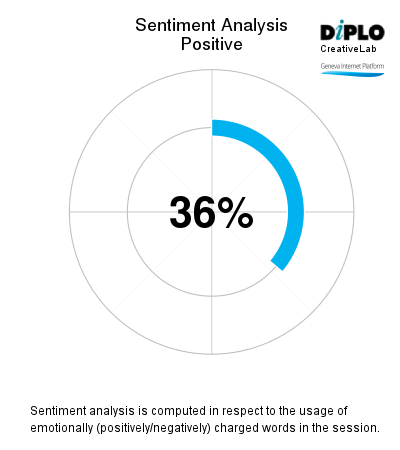 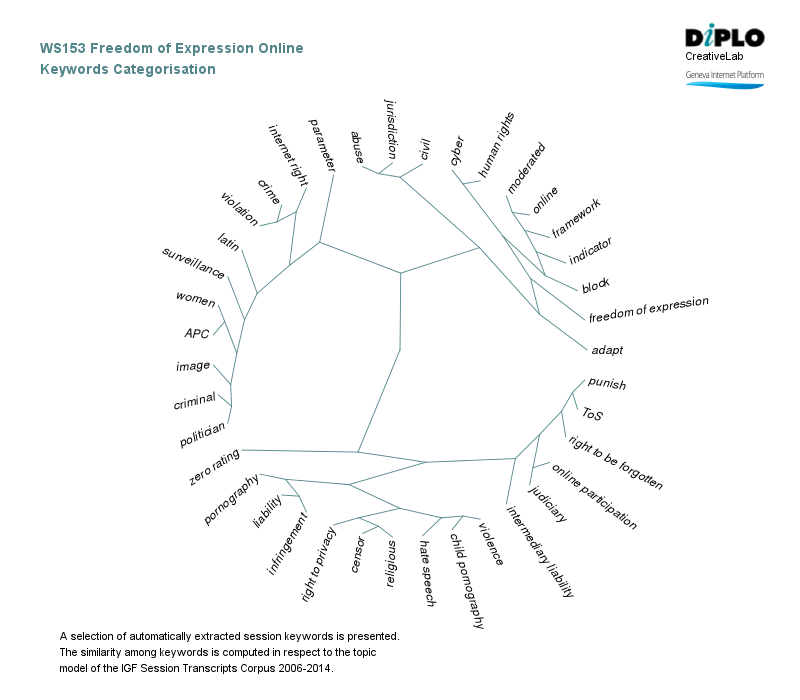 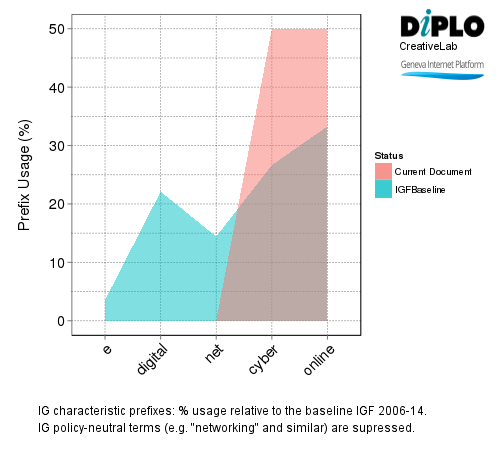 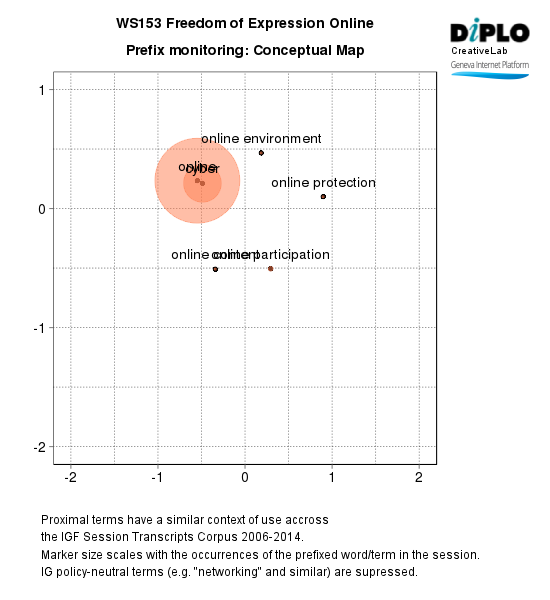