Historically, girls and women have faced discrimination and major inequalities in education, health, social welfare, political participation, and justice. Many of these disparities between men and women have been perpetuated online.

With online participation, women’s involvement in public and political life has been on the rise. However, for women to take full advantage of the benefits of the Internet and communication technologies, barriers such as inequality of access and technology-related violence against women must be eliminated. Violence, migration, conflict, and crisis have also affected the well-being of women and their ability to fulfil their potential both offline and online.

According to data by the International Telecommunications Union (ITU), the proportion of women using the Internet globally is 48%, compared to 58% of men. In relative terms, the global Internet user gender gap is 17%. 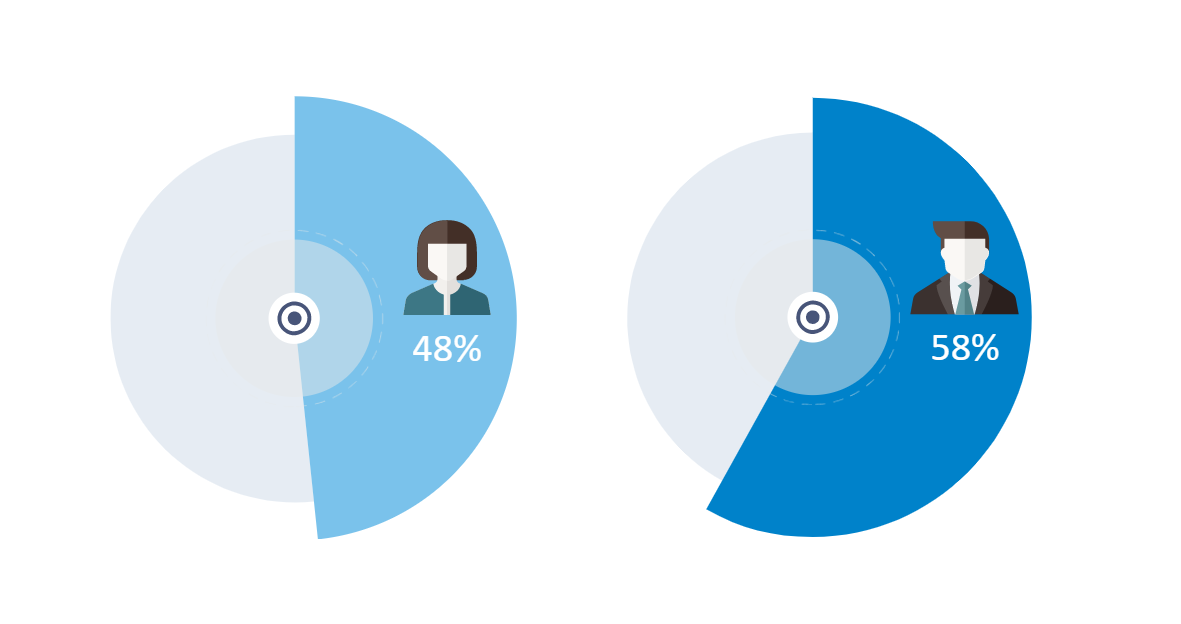 The global gap in access to the Internet by the sexes has increased due to the rapid growth in the number of male Internet users in developing countries. In all regions of the world, more men than women are using the Internet. That being said, the gap is small in developed countries and large in developing countries, especially LDCs. In the Americas, the gender gap has hovered around zero between 2013 and 2019 and it has been shrinking in CIS countries and Europe. However, in the Middle East, Asia and the Pacific, and Africa, the gender gap has been growing. 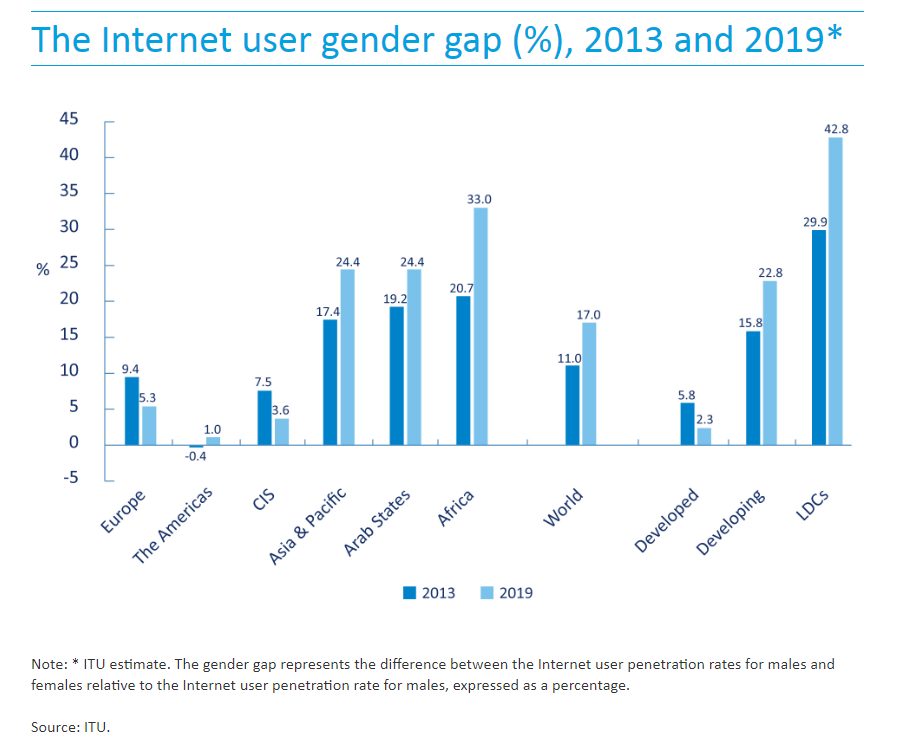 Barriers to access for women still create uneven opportunities and generate critical gaps in the empowerment of girls and women across the globe. The cost of ICT access, caused by the limited purchasing power and financial independence of women relative to men remains an urgent issue. However, in recent years, this challenge is being surpassed by an educational gap. Surveys show that a lack of understanding, interest, or time was more commonly cited than affordability or availability as the reason for not using the Internet.

Among the acts of violence perpetrated against women online are cyberstalking, surveillance and privacy breaches, sexual harassment, and the unauthorised use and manipulation of personal information, including images and videos.

In 2018 the UN Human Rights Council (UNHRC) adopted the resolution ‘Accelerating efforts to eliminate violence against women and girls: preventing and responding to violence against women and girls in digital contexts’. The resolution enumerates harassment, stalking, bullying, threats of sexual and gender-based violence, death threats, arbitrary or unlawful surveillance and tracking, trafficking in persons, extortion, censorship, and the hacking of digital accounts, mobile telephones and other electronic devices as forms of violation, abuse, discrimination, and violence women face in digital contexts.

The resolution also calls on businesses to implement the Guiding Principles on Business and Human Rights, protect the private data of women and girls, create transparent and effective processes for reporting violence, and develop policies that meaningfully protect women and girls from violence in digital contexts.

In the era of ubiquitous connectivity, creating safer online spaces with the co-operation of Internet intermediaries comes into sharper focus as a first step towards the full realisation of women’s human rights and development.

Even women who decide to avoid going online are vulnerable to ICT-facilitated abuse, ITU pointed out in its State of Broadband 2019 Report. Women lacking digital skills may be unaware when technology is being used to control and abuse them, and are therefore unable to safeguard against ICT-facilitated violence. For instance, tracking applications commonly installed on mobile phones may be used by men to monitor women’s movements and activities, often without their knowledge. In countries where smart home devices are increasingly common, domestic violence responders have noted an uptick in the number of women reporting abuse cases involving Internet-connected locks, thermostats, cameras, and other devices. Women need digital skills to be able to safeguard against ICT-facilitated violence, recognise abuse when it is occurring, and take steps to protect themselves and access recourse and help.

The protection of women’s rights online is part of a broader sociocultural and professional shift focusing attention on reducing discrimination and diminishing bias in the exercise of rights, including accessing educational and economic opportunities, holding office, and receiving equal pay.

The main international instruments for the protection of women’s rights are the 1952 Convention on the Political Rights of Women and the 1979 Convention on the Elimination of All Forms of Discrimination against Women. Both UN Women and the UNHRC work actively on various dimensions of women’s rights. Groups such as the Association for Progressive Communications (APC) and the Internet Governance Forum Dynamic Coalition on Gender and Internet Governance have been actively involved in advocacy for women’s rights online. Support for women’s rights online is also offered by the World Wide Web Foundation’s Women’s Rights Online: Raising Voices.

As the women’s rights movement has matured, a shift is happening to recognise that women’s rights are actually part of broader gender rights issues, which cover the rights of gender minorities. Human rights issues for women, men, and other gender minorities, such as the LGBTQ community, consist of access to information, professional opportunities, global policy processes, and other rights critical for human rights and Internet governance and that must be studied and addressed accordingly. 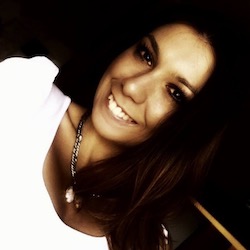 Ms Aida Mahmutović is currently involved with the EUBC HUB as a Community manager for over 18 HUBS in Europe and Asia. She has been involved with Internet governance since 2011, while working for Centre for eGovernance Development (CeGD).