This session followed the Day 3 session on Dynamic Coalitions, and further elaborated on its outputs and discussions.

To shed more light on the reception of the different outputs from the various Dynamic Coalitions (DCs) s, Jeremy Malcolm of the Electronic Frontier Foundation, shared some of the preliminary findings from the Idea Rating Sheets, which allows members of the community to agree or disagree on statements made by the DCs (they are still available online). One of the most popular DCs turned out to be the one on Public Access in Libraries, while Net Neutrality turned out to be one of the most controversial.

The discussion then quickly moved towards the interaction, and potentially the institutionalised coordination, between the different DCs. As the previous session demonstrated, there is a considerable overlap between DCs, which indicates that there might be room to work together.

Luca Belli from the DC on Net Neutrality emphasised that by working together, synergies could be created and duplications avoided. Avri Doria proposed that it might be fruitful to discuss the methodology among different DCs. However, Marianne Franklin from the DC on Internet Rights and Principles, warned other DCs to be cautious about over-hasty programmes of standardisation, and Avri Doria agreed that the DCs need to maintain their bottom-up nature. DCs and their concerns are diverse, and they require different approaches. This led to a tentative consensus between the different DCs that whereas coordination between the coalitions would be welcomed, too much standardisation needs to be prevented. Furthermore, Olivier Crepin-Leblond of the DC on Core Internet Values, reminded everyone that there already exists a degree of coordination between the DCs, especially considering that some people are members of multiple coalitions and can form bridges. Moreover, he considers the current overlap between different coalitions to be more of a collaborative rather than of a conflicting nature.

Subsequently, several DCs proposed ways in which synergies could be created (e.g. a collaboration between Gender and the Internet of Things). Nicolo Zingales from the DC on Platform Responsibility proposed working together towards joint statements with different coalitions, which could create broader legitimacy than statements from individual coalitions. Furthermore, Andrea Saks of the DC on Accessibility and Disability emphasised that the different DCs need to think about how to create coordination at a practical level. Finally all DCs shared one idea on which they would like to receive input from the others. 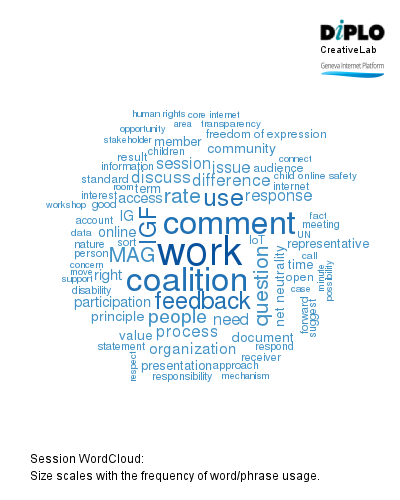 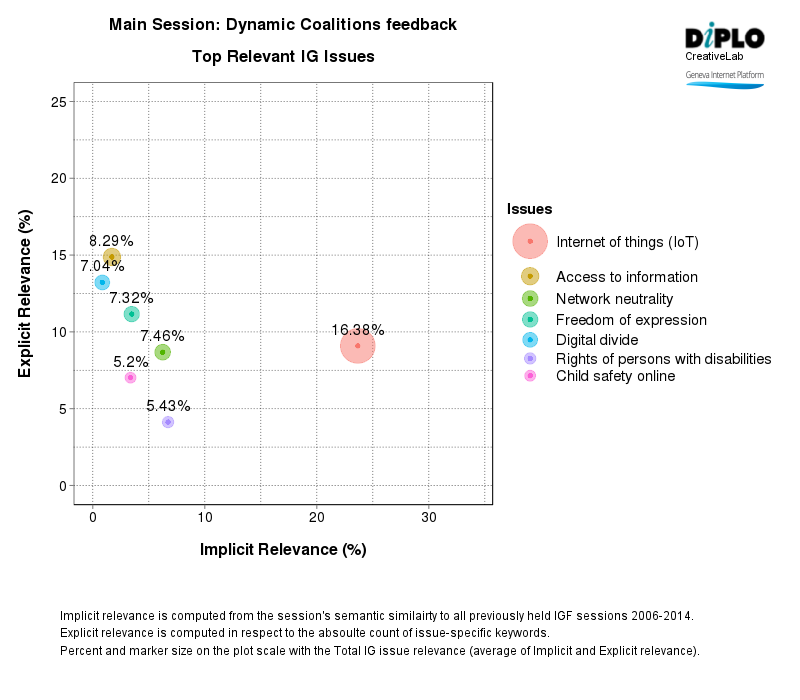 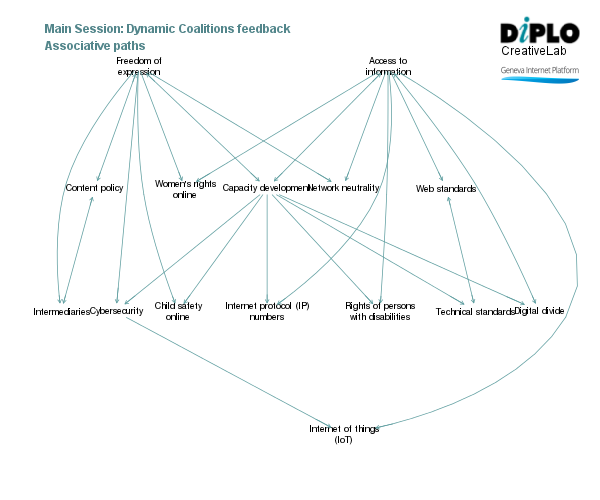 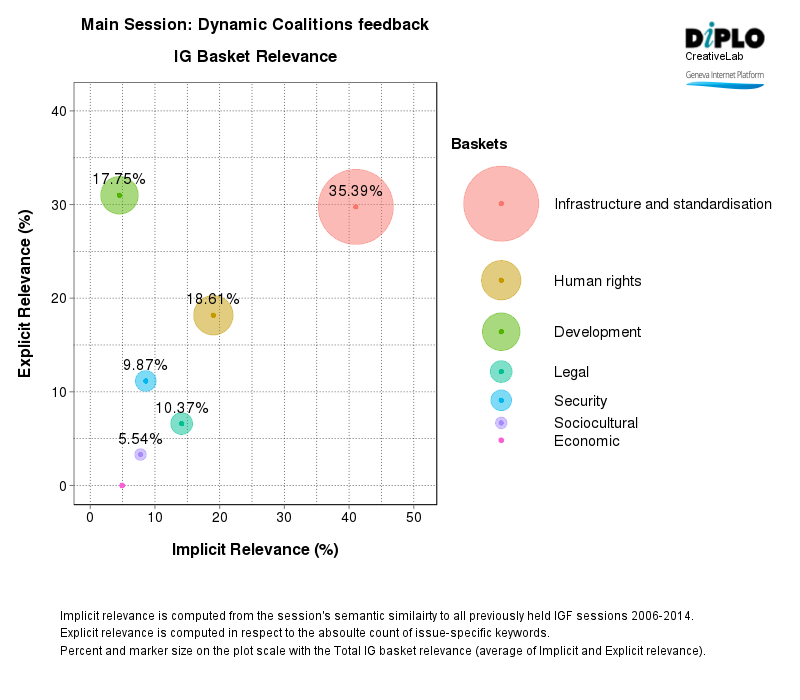 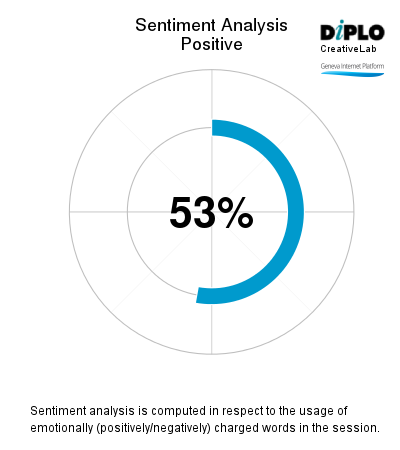 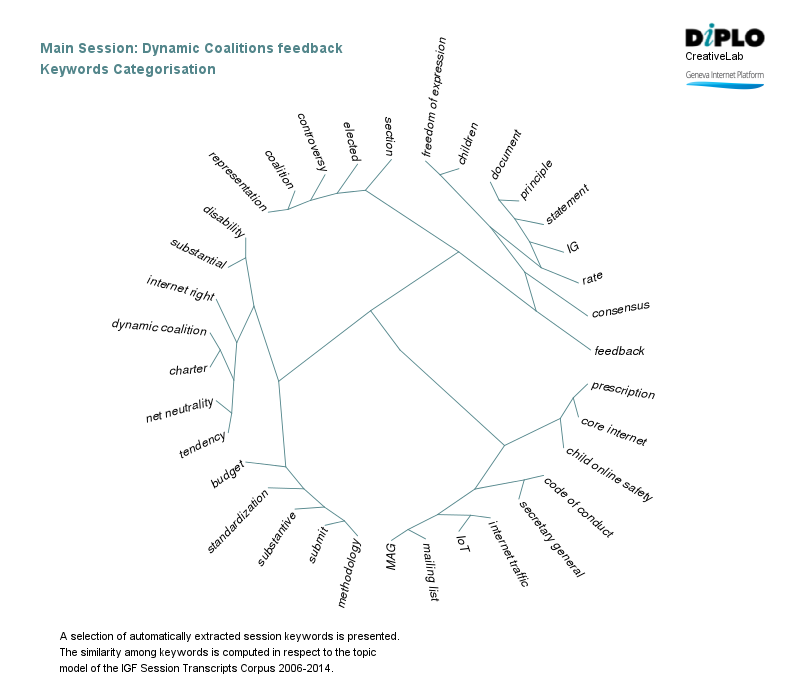 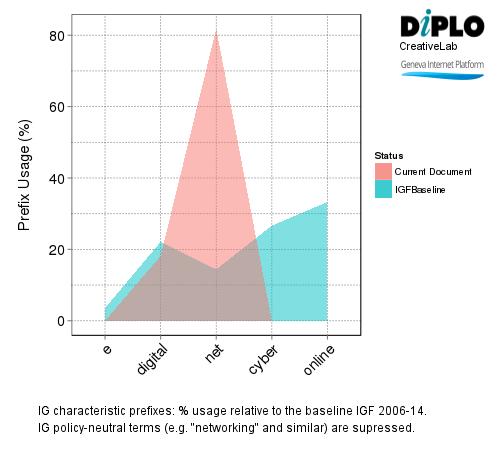 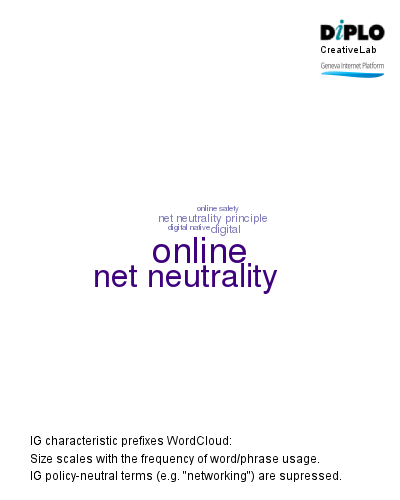 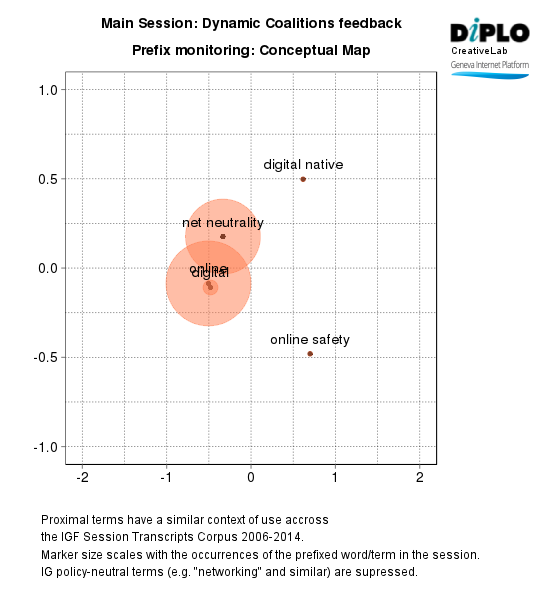