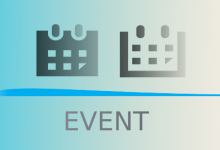 [Update] View the presentation used in a webinar.

News headlines are becoming dominated by cases of severe cyber incidents, some openly attributed to states and their institutions. While increasing their budgets for cyber defense, governments are also pushing for cybersecurity accords - through both bilateral cyber agreements and multilateral deliberations - on norms of state behavior in cyberspace and confidence building measures to prevent cyberconflicts. Other stakeholders are trying to influence global discussions through multistakeholder fora and their own initiatives, such as Microsoft's proposal for cyber norms.

Governments have placed cybersecurity and cyberconflict on top of their agendas. Bilateral cyber agreements among lead economies - including the EU, China, India, Japan, Russia, Germany, Canada, and the USA - are on the rise. The number of multilateral initiatives is also increasing: G20 countries have agreed that no country should conduct or support ICT-enabled theft of intellectual property; leaders of the Shanghai Cooperation Organisation are opting for an international code of conduct for information security; the OSCE has agreed on two sets of confidence building measures for preventing cyberconflicts; the ASEAN Regional Forum and the Organization of American States have also undertaken initiatives. Deliberations on norms of state behavior in cyberspace are under way within the UN Group of Governmental Experts. Other stakeholders are also discussing aspects of cyberconflicts within global multistakeholder fora such as the UN Internet Governance Forum, or the Global Conference on Cyber Space. The private sector has stepped forward clearly as well: Microsoft has joined the dialogue on cyber-norms with its proposal on International Cybersecurity Norms: Reducing conflict in an Internet-dependent world.

Can current multilateral dialogues contribute efficiently to the stability of cyberspace and overall international peace and security? Is there a meaningful place for every country to discuss cyber norms? Should this dialogue be exclusively intergovernmental, or can/should other stakeholders play a role? How can the various global, regional, private, and multistakeholder initiatives complement each other?

Join us on Wednesday, 23rd November, 2016 at 12pm UTC, for a special webinar with Angela McKay, Director of Cybersecurity Policy and Strategy, Global Security Strategy and Diplomacy Team at Microsoft. Ms McKay will discuss the Microsoft proposal of norms in the context of other global initiatives, and will look at the stability of the Internet ecosystem in case of cyberconflicts. She will also discuss the role of various stakeholders in global negotiations on cyber norms, and share her views on the future of this process.

The webinar is organised by DiploFoundation and the Geneva Internet Platform.