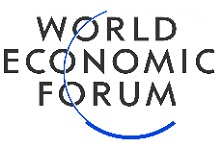 The World Economic Forum and the Government of Japan have agreed to work closely together to start a multistakeholder dialogue on cybersecurity and its implication for the future of the Internet.

A meeting will be held 7-8 November 2015 in Japan to address the issue. The theme of the meeting will be Cybersecurity, Cybercrime and Cyber Connection (Cyber3). It will take place in a context of rapidly increasing reliance on an unseen network of people, devices and systems, creating a web of connections that goes far beyond the Internet itself.

The dialogue and meeting were announced during the annual meeting of the World Economic Forum in Davos, on 24 January 2015.

The meeting will focus on technology, policy-making and the development of cooperative standards and norms. Participants will include chief executive officers, leading academics and senior government officials from around the world. The conversation about the future of the internet can no longer be separated into government-related or private sector-related dialogues but requires a new cross-sectoral approach.

Sharing best practices and developing defensive checklists are not enough to counter cyberthreats, as these strategies can become obsolete overnight. Cyberthreats morph much too quickly – faster than security solutions can adapt. The key to building an effective security response to an increasingly asymmetric threat is not just technical but interpersonal: high-level networking, trust-based relationship-building, interactive discussions, open communication and platform-building.

Because the internet transcends national, cultural, linguistic and ethnic boundaries, the only feasible way to address cyber issues is through a cooperative global approach to define and act on shared goals.

Chief Cabinet Secretary Yoshihide Suga called cybersecurity “an extremely crucial issue”, as Japan prepares to host the Tokyo 2020 Summer Olympic and Paralympic Games. Furthermore, as one of the most connected nations, which is also coping with a rapidly ageing society, Japan must increasingly rely on IT, automation and robotics – making security, convenience, reliability and near-universal interconnection of paramount importance.

To bring much-needed focus to this complex issue, Cyber3 will concentrate on three major themes: cybersecurity, cybercrime and cyber connection. Cyber connection includes aspects like the digital divide and the internet of things.

The news release is available here.