Freedom of the press

In the information age, communication often acts as a catalyst for the development of civil society. The invention of mechanized printing in the 15th century enabled faster and widespread proliferation of ideas via books, newspapers, and other publications. ‘Press Freedom’ came as a reaction to the political and religious authorities’ attempts to suppress ideas that could potentially challenge their existing power structures and deemed such ideas as subversive. Today, free media is seen as a crucial player in building consensus and sharing information, both essential to democratic decision-making and to social development.

The Freedom of the Press Act, the Swedish legislation passed in 1766, is recognised as the world’s first law supporting the freedom of the press and freedom of information. This Act practically eliminated the government’s role as a censor allowing for the official government activities to become a public matter. The law proclaimed that citizens should be able to express and disseminate information without fear of reprisal.

The basic human right of freedom of expression enshrined in Article 19 of the Universal Declaration of Human Rights also upholds press freedom as its corollary. The fundamental right to seek and share information is enabled with an independent press, including both printed and electronic media. The United Nations Educational, Scientific and Cultural Organization (UNESCO) created in 1945 promotes freedom of expression and freedom of the press as a basic human right.

Freedom of the press is often viewed solely as the freedom of journalists to report and comment. This narrow view fails to acknowledge its strong correlation with the public’s right to access knowledge and information, too.

As per its mandate, the UNESCO works with media organisations and governments all over the world to protect journalists and act as an agent of press freedom in developed and developing countries. In a report to the Intergovernmental Council of the International Program for the Development of Communication (IPDC), UNESCO highlighted the killings of 182 journalists between 2016 and 2017. In 2018, UNESCO reported that ‘at least 99 journalists were killed and thousands more were attacked, harassed, detained or imprisoned on spurious charges, without due process’. It has been noted that women journalists are often at a greater risk of being targeted, including online threats of sexual violence. Professor Jackie Harrison, awarded as the first UNESCO Chair on Media Freedom, Journalism Safety and the Issue of Impunity in 2018, noted that the ongoing attacks on journalism and journalists ‘undermine freedom of expression and access to information’. She explained her role as a bridge between academia and policy through quality research, documentation, and teaching – in relation to the Sustainable Development Goals (SDGs) agenda – which will contribute to the ‘sustainable development of free and independent news media worldwide and safer environment for journalists and journalism’.

The right to freedom of expression and freedom of the media as protected by Article 10 of the European Convention of Human Rights are considered as pillars of democratic security in Europe by the Council of Europe (CoE). The CoE provides legal guarantees for independence and diversity of media and safety of journalists and other media actors. In its reports on ‘Challenges and opportunities for news media and journalism in an increasingly digital, mobile and social media environment’ (2016) and on ‘Media coverage of the refugee crisis from a cross-European perspective’ (2017), a specific barriers to press freedom in Europe have been identified. In addition to aiding policy frameworks, the CoE’s Information Society Programme has implemented over 20 projects in member states and partner countries promoting media freedom.

The OSCE has a mandate to protect, promote, and monitor media freedom and its developments in its participating states. Their field of operations includes, but is not limited to, monitoring the work of media regulators; fostering transparency, credibility, and independence of media; monitoring freedom of the media; documenting cases of media rights violations; holding public discussions; supporting independent media outlets.

The OSCE Representative on Freedom of the Media (RFoM) is actively observing and publically reacting to cases of violations and attacks on media freedom and journalists. One of such cases is the verdict of the Istanbul 26th High Criminal Court, which sentenced journalist Haşim Söylemez on charges of ‘aiding a terrorist organization without being a member’, to 6 years and 3 months in prison, which has been condemned by RFoM, Mr Harlem Désir.

The IFEX is a civil society organisation which holds an observer status with the Council of Europe’s Steering Committee on Media and Information Society (CDMSI) and has a participatory status with the CoE. It works on defending and promoting freedom of expression as a fundamental right for all, including media, citizen journalists, activists, artists, and scholars. The are actively monitoring and reporting on cases from around the world which affect free expression, media, and freedom of information.

Several other independent press freedom advocates like Reporters Without Borders, Committee to Protect Journalists – on a global level, and Press Councils or Press freedom associations – on a national level, work to uphold the freedom of the press. 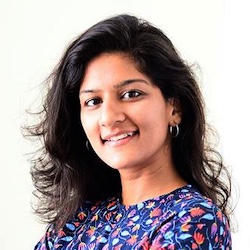 Ms Mili Semlani has spent four years exploring and reporting in and on the Southeast Asian region as a writer and digital media consultant. She writes tech policy papers for UN Summits and participates in policy debates and processes at national, regional, and global levels.