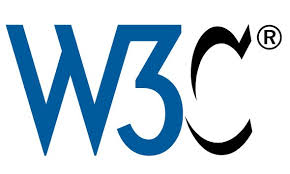 The Wold Wide Web Consortium (W3C) works on developing standards and guidelines that ensure the long-term growth of the world wide web. The consortium bringing diverse stakeholders together, under a clear and effective consensus-based process to develop high-quality standards based on contributions from the W3C members, staff, and the community at large.

Standards developed and introduced by the W3C cover areas such as: web design and applications (examples of related standards are HTML, CSS, SVG, and other technologies for web applications), web of devices (the focus here is on technologies to enable web access anywhere, anytime, using any device), web architecture (technologies and principles which sustain the web, including URIs and HTTP), XML technologies, and browsers and authoring tools.

The W3C also works in the area of accesibility, and it has launched a the Web Accessibility Initiative (WAI), aimed to develop strategies, guidelines, and resources to help make the web accessible to people with disabilities.