Niall McCarthy reports that ‘All over the world, intentional internet shutdowns and deliberate slowdowns are becoming increasingly common’. McCarthy notes that India has the highest number of shutdowns, at 154 between January 2016 and May 2018, with Pakistan (19) in second place, followed by Iraq and Syria, each with eight. Reasons for shutdowns included political unrest, protest, military operations, and even to prevent cheating during exams. According to a report by the Indian Council for Research on International Economic Relations, The Anatomy of an Internet Blackout: Measuring the Economic Impact of Internet shutdowns in India, Internet cuts between 2012 and 2017 have cost the India economy $3.04 billion. 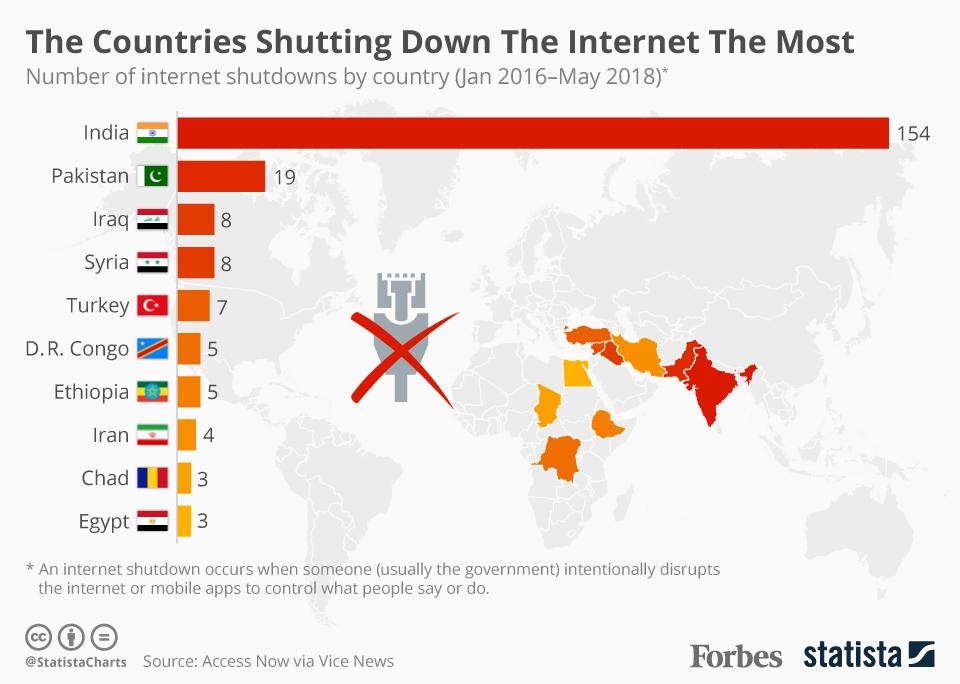