UK’s May calls on social media to tackle online abuse

Joe Watts, political editor at the Independent, reports that UK Prime Minister Theresa May focused on online abuse, as she ‘used a speech on the centenary of women gaining the vote to warn of the UK’s increasingly bitter political debate’. In a preview of the Manchester speech, Watts tells readers May would announce proposals that ‘aim to make social media companies more accountable’. The Guardian used a series of tweets to illustrate May’s points, and quoted her as saying ‘Social media … should be a force for good … but it is being exploited and abused often anonymously’. 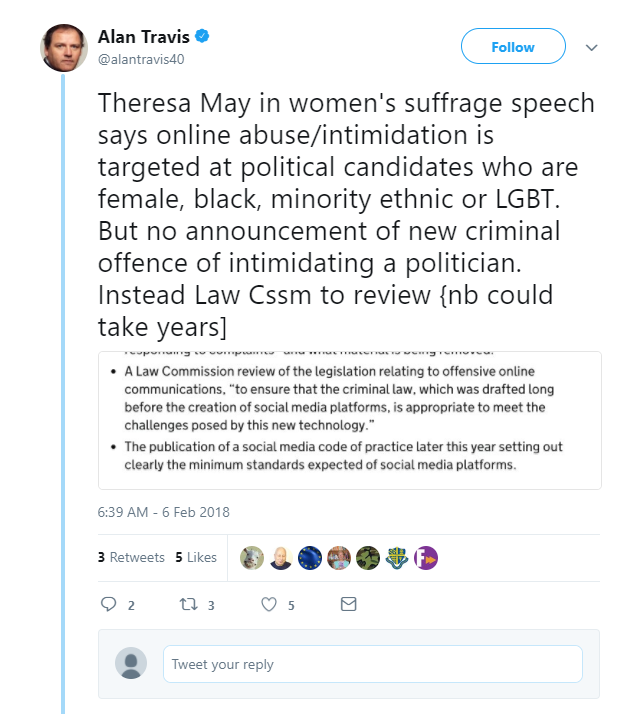