Mozilla is advocating for the Internet to be considered in the same ‘category’ as other human needs which people already recognise, such as food, water, and shelter. In a blog post emphasising that the ‘Internet is a global public resource’, Mozilla Foundation’s executive director explains how the company’s current campaign – taking place in three American cities and through social media – is aimed at raising vigorous debate. 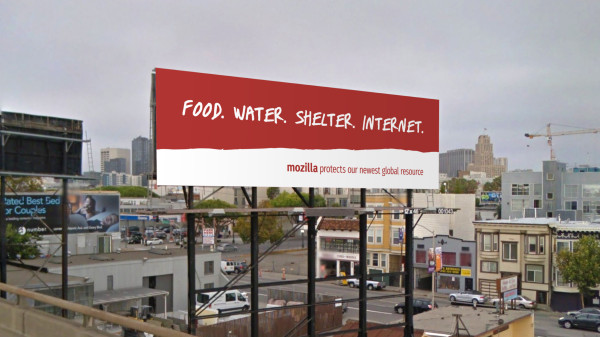