Is the Internet killing multilingualism?

According to The Economic Times, the ‘internet may actually be contributing to the death of some global languages’. This supposition is based on Ethnologue‘s report that 915 languages across the world are dying, with six of them disappearing each year, and the note that ‘54.5% of the web’s content is in English with a numbers of users preferring it to other languages’. The article contains an interesting illustration of some of the related details. 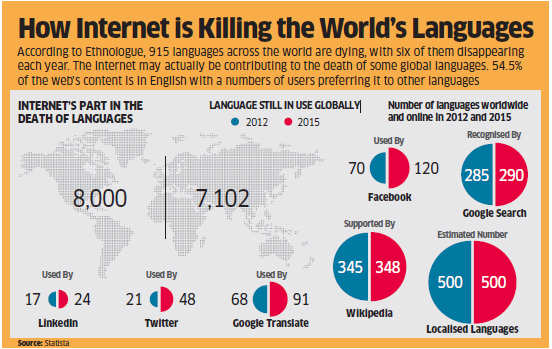