Internet disrupted in Iran amid fuel protests in multiple cities

Network information shared in a report by the global Internet observatory, Netblocks, has confirmed disruptions in Internet from both mobile and fixed line services across multiple locations in Iran amid protests against rising fuel prices.

According to the report, users first reported of disruptions in the city of Mashdad    which saw a drop in connectivity in the early hours of Friday 15 November, spreading to other cities, including the capital Tehran.

Netblocks’ data has pegged Iran’s national connectivity “at just 5% of normal levels, leaving Iranians cut off from the world” according to their report. The image below shows the connectivity levels in Iran due to the disruption. 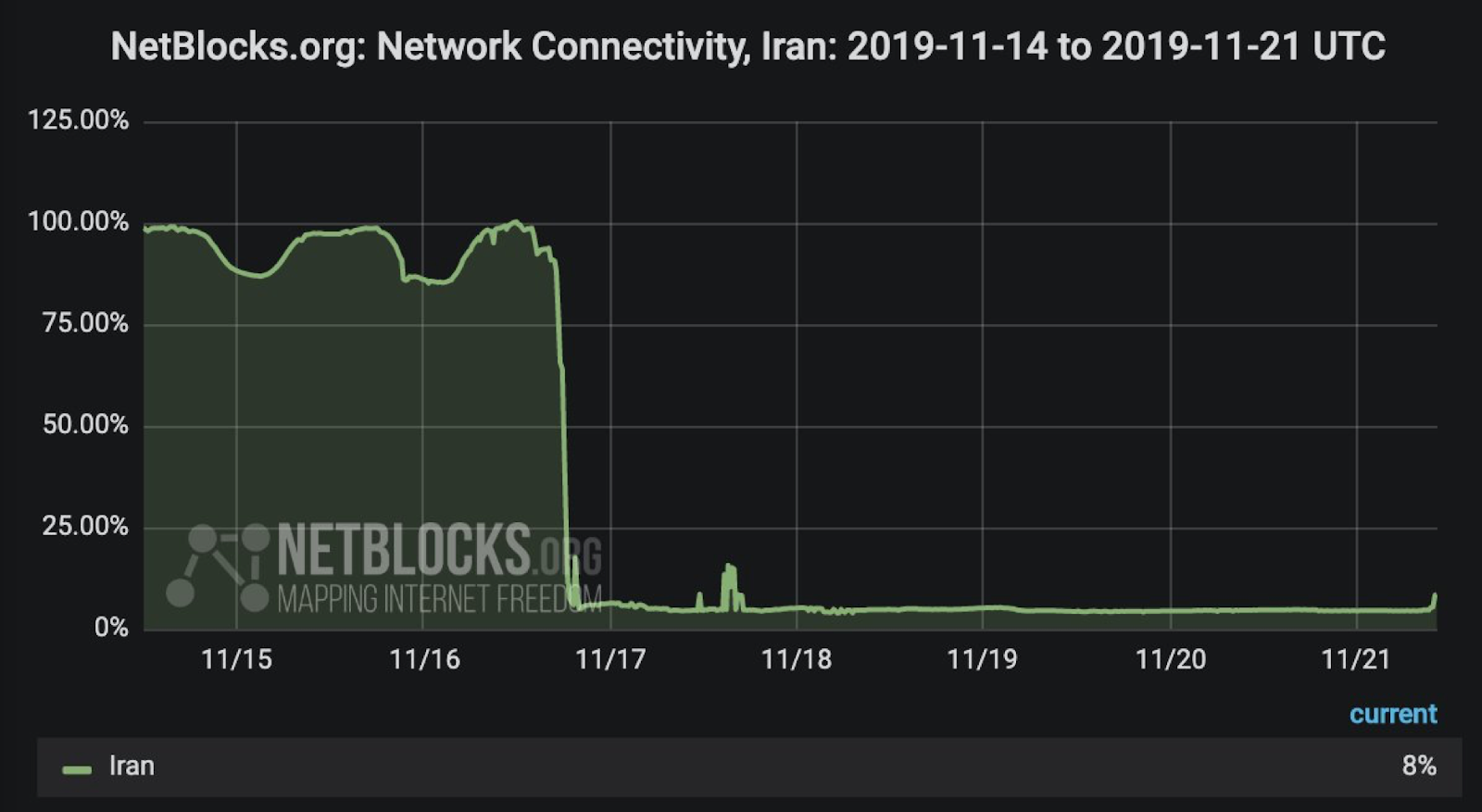