Evidence of internet disruptions in Russia during Moscow opposition protests

A reportshared by the global Internet observatory non-profit organization, Netblocks, has provided technical evidence showing targeted Internet shutdowns on the local Rostelecom network  in Russia on 3 August 2019. Additionally, users of MTS and Beeline experienced 3G/LTE outage on their mobile devices in the same area where protesters passed by. Representatives of the operators denied any targeted shutdown, however, activists collected a range of evidence. The shutdown occurred around the same time demonstrators hit the streets of Moscow to protest against efforts by the authorities to stifle political expression and representations in local elections.  Netblocks confirmed their findings with a tweet as captured below: 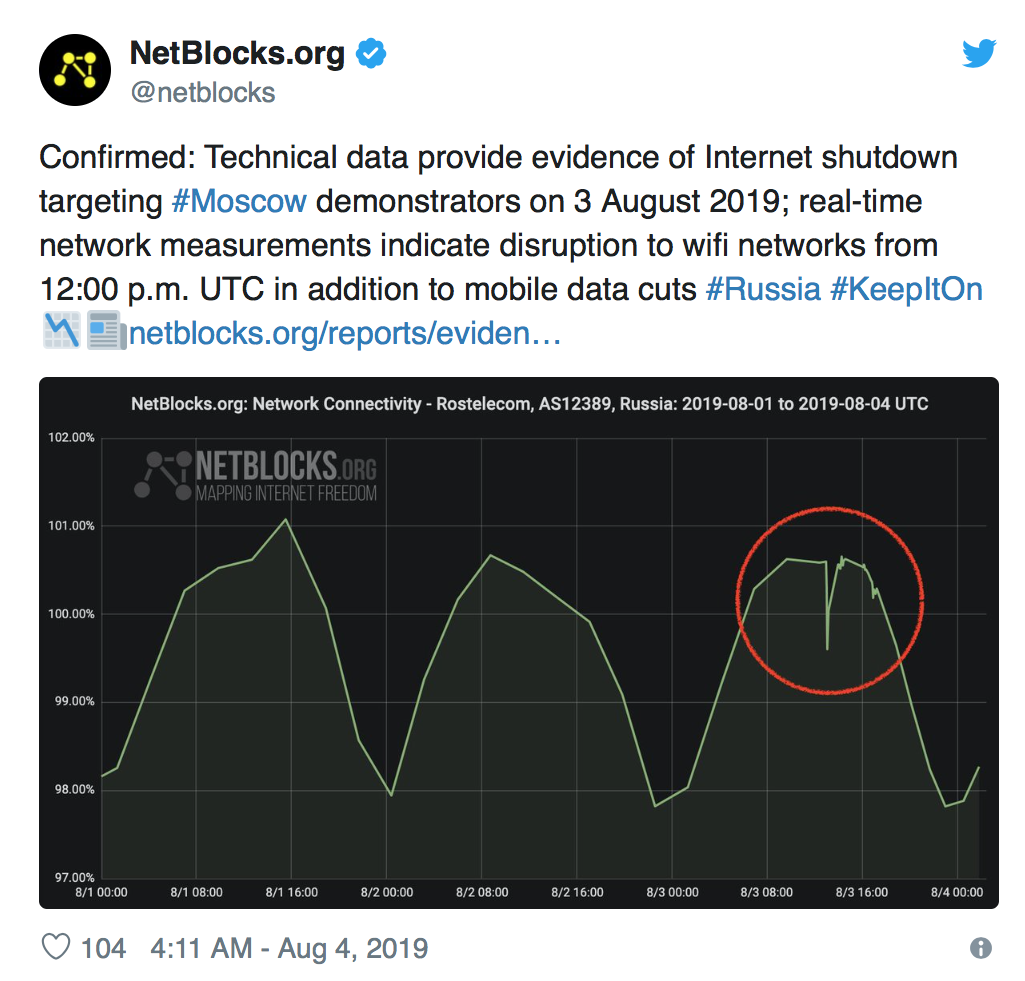