The second physical meeting of the open consultation process of the World Summit on the Information Society (WSIS) Forum 2017 took place on 14 February 2017 at the International Telecommunication Union (ITU) in Geneva. The WSIS Forum 2017 will be held from 12 to 16 June 2017 and is organised by the ITU, the United Nations Educational, Scientific and Cultural Organization (UNESCO), the United Nations Conference on Trade and Development (UNCTAD), and the United Nations Development Programme (UNDP).

The session started with opening remarks from Mr Malcolm Johnson, Vice Secretary-General at the ITU, who underlined the importance of bringing together multiple stakeholders in this increasingly successful event. The Forum attracted 2000+ participants in 2016, with more than 80 ministers and vice ministers and 250 high-level speakers. He added that WSIS is focusing on the implementation of the sustainable development goals (SDGs) through the use of information and communications technologies (ICTs). The Forum provides an opportunity for everyone to have a voice, both in the preparation of the event and during the event itself. Johnson said that one of the main priorities for this year’s Forum is to involve the private sector more and to work with the UN regional commissions to organise regional WSIS events.

The second part of the session was dedicated to the Open Consultation Process. This meeting was the second physical meeting, part of the six-phase Open Consultation Process;  the main focus of the ITU representatives was to have an active approach with all participants during the discussion. As presented by ITU representatives during the session, from this year on, the WSIS Forum  will work according to five points: join, share, win, interact, and sponsor.

Join. To join the WSIS Forum 2017, the ITU’s team relies on open consultations online for all stakeholders with a final deadline of 1 March 2017 for online submissions and discussions regarding this year’s event. The meeting secretary added that the High-Level Track of the Forum will provide a special platform for high-ranking officials to participate in moderated policy sessions. Moreover, policy statements will be delivered during the High-Level Track by high-ranking officials.

Share. To share more effectively, the WSIS Forum 2017 team have established Action Lines to advance the implementation of the SDGs. Several participants in situ presented their ideas, including the Institute of Electrical and Electronics Engineers (IEEE), who presented their project, Hack for Health. The main goal of this project is to encourage students to develop real-world solutions with mobile applications that will contribute to raising people’s awareness regarding some important health issues.

A representative of TEDx said they will address a variety of themes during the Forum and a representative of the VR Forum noted that they will bring together high-level personalities at a unique event on live streaming education. The meeting secretary added that the UN Group on the Information Society (UNGIS) will be also coordinating and putting forward a new set of activities. He said that this year’s Forum will focus on real stories, such as  the WSIS Stocktaking, a  publicly accessible database providing information on ICT-related initiatives and projects carried out by governments, international organisations, the business sector, civil society, and other entities.

Win. On the WSIS Prizes website, the competition is described as ‘an international contest developed in response to requests from the WSIS stakeholders to create an effective mechanism to evaluate and recognize individuals, governments, civil society, local, regional and international agencies, research institutions and private-sector companies for outstanding success in implementing development oriented strategies that leverage the power of ICTs as an enabler of the development.’ The deadline to submit projects to this contest is 1 March 2017; 400 submissions have already been received. The meeting secretary said projects will be awarded to ensure that they have good ambassadors for the Forum worldwide.

Interact. He also encouraged interaction with social media during the WSIS Forum. A representative of the Internet Corporation for Assigned Names and Numbers (ICANN) added that WSIS is an ideal opportunity for UN agencies to meet and to understand trends that are influencing the development of the Internet and the views of many countries worldwide. A speaker from the International Federation for Information Processing (IFIP) underlined the importance of having in the end of the forum strong real recommendations.

The last speaker of this open consultation, a member of the Internet Society, said that they are particularly looking forward to the Hackathon. He added that the Internet Society is planning to bring young people from different regions of the world to the Forum to strengthen youth participation. In addition, they are proposing  a panel on the barriers to connectivity in small islands developing states (SIDS).

The third part of the session focused on the agenda of the Forum and the topics to be discussed. The format will include Action Line facilitation meetings (Action Lines C1 to C11), WSIS Stocktaking and Prizes, partnerships on measuring ICTs for development, a regional commissioners’ meeting, the participation of UNGIS, country workshops, and thematic workshops.

Several participants from the Food and Agriculture Organization (FAO), the World Meteorological Organization (WMO), the International Trade Center (ITC), and the World Intellectual Property Organization (WIPO) participated remotely and introduced themselves briefly. In situ, a representative from UNCTAD said that they will be devoting their time at the Forum to discussing e-commerce and SDG issues. Another speaker from Semantics in Belgium said that it would be useful to have workshops on language use during the Forum. A member of the Permanent Mission of the United Kingdom to the UN in Geneva added that they will propose a workshop on a global initiative to protect children online.

The fourth and fifth part of the session was dedicated to remote participation at the Forum, the meeting secretary noting that there will be remote hubs around the world  so people can participate and make comments online. He said that the aim is to reach as many people as they can.

The sixth and final part of the discussion focused on media outreach and partners. The WSIS Forum team underlined the importance of social media during the event. They said that they will  use their Twitter and Facebook accounts extensively, along with  the WSIS Flash Newsletters which will provide news snippets and updates on all the Forum activities. They will also have a YouTube channel and a Flickr account with a photo contest. 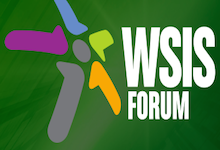