Collaboration for access and connectivity in developing countries: The best routes of the past and the best practices for the future 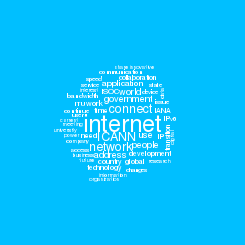 At the beginning of the session, the chair, H.E Andrej Logar, emphasized the strong relation between ICTs and  the 2030 Agenda for Sustainable Development, reminding that ICTs will play even bigger role in the future economic, social and other worldwide development. He added that countries pledged to follow this agenda and we need to work together towards achieving its objectives.

Raul Echeberria, Vice President of Global Engagement at the Internet Society pointed out that even if the world has already been changed by ICTs, the biggest impact is still to come, through the new health, educational, economic and many other services driven by technology. SDG agreements paved the way for a continuous role of ICTs in development. He made reference to the significant economic impact of the development of Internet Exchange Points (IXP), while giving the example of Africa. With 33 IXPs in Africa today, every second more than 160GB of data are being exchanged without leaving the continent (equivalent of one million movies in his explanation). Mr Echeberia pointed out a few key factors for the way forward: creating human capacities in all areas, building communities and empowering them, and consolidating bottom-up processes, especially in shaping public policies.

Salam Yamut from RIPE, the Regional Internet Registry for Europe, mentioned few programmes that her organisation is working on in the areas of capacity building for developed countries. According to her, capacity building is one way forward in empowering the local communities. She mentioned that the technical community is also seeking for its place in reaching the SDGs and is interested in contributing to related processes.

Dominique Lazanski from the GSMA (Groupe Speciale Mobile Association) emphasized the willingnes of mobile operators to actively participate in ’connecting the unconnected’, following the SDGs line.  She pointed out the network infrastucture, affordability, consumer barriers and local content as areas on which operators will work more extensively with their partners. In her words, more than 50 per cent off all Internet content is presented in the English alphabet, and the development and promotion of local content (in a multilangual approach) is one of the key factors for connecting the rest of the world’s population.

Jose Cruz-Osorio, from the UNDP noted that ICTs have been an important leverage for people’s life. With the ICTs development, the role of governments is starting to change, as citizens become more empowered to make their voice heard and to raise their demands. The future brings significant potential for innovation and connectivity, having in mind the prediction that 60 per cent of urban areas that will exist on the planet in 2040 are yet to be built. He pointed out that ICTs are framed in a national perspective and they are, in a way, the local domain of governments.

Carlos Afonso, from the Brazilian Internet Steering Committee mentioned that the sustainability of access to ICTs is one of the key factors for further progress. Once connected, people must stay connected. Even if the mobile technology is making great breakthrough, it is important to still think of access as a mixture of fast broadband connectivity and wireless communications, with mobile coverage on the top. He stressed the importance of the network neutrality concept and pointed out the example of Chile, which adopted a net neutrality law back in 2008. Even if there was a debate on whether this legislative step would stall the development in ICT, it was proven that, on the contrary, Chile experienced major growth in both connectivity and investments in this field.

Anja Kovacs, Director of the Internet Democracy Project from India questioned the meaning of the term access.  In her opinion, mobile access or the concept of Zero Rating access does not depict the true nature of accessibility, and therefore development of fast broadband should continue to be the main goal. Access needs to be meaningful, and openness of the Internet needs to be ensured on all levels. Addressing issues related to connectivity should be crucial, especially for the ‘last mile’ (getting Internet to the users).

Adiel Akplogan, Vice President of Technical Engagement in ICANN pointed out that infrastructure is the central force for pushing the wheel of Internet economy. While we should enhance our capacities, we should also ask ourselves:  are we using this capacity in its full potential? He also pointed out that we should ensure that local communities are in a position to decide on what type of connectivity they want and how that should be delivered.

During the debates, comments were made on several initiatives aimed at providing access and empowering the local communities. Uruguay’s successful implementation of the ‘one computer per child’ policy was given as example, and discussions were also held on how wide collaborations can improve connectivity.

In concluding the session, Raul Echeberria added that the main issue for the years to come is to make the Internet more relevant to the people that are not yet connected. Each country needs to develop its strategy on how to approach the problem, and develop public policies in a multistakeholder approach. Carlos Afonso insisted on the importance of combined efforts on a local and global level. Innovative initiatives need to be fostered on all levels. End users and telecom providers need to be on the same side in this ‘battle’ for a connected world. Salam Yamut pointed out that smart governments represent one of the best tools for development.