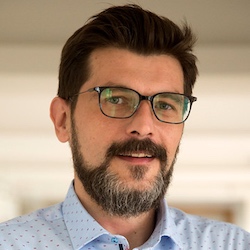 Arvin has a keen interest in cryptocurrency and blockchain developments; first as an avid ‘miner’, then more in terms of regulation and consensus mechanisms surrounding the decentralised systems. His primary focus is on Bitcoin development, but he follows other cryptocurrency developments and the blockchain/distributed ledger technology, too. Vice President of Bitcoin Association of Serbia, Arvin writes extensively about Bitcoin and blockchains. He holds an MA in Film and Video Production from Belgrade University of Art.