The workshop on ‘Digital Economy, Jobs and Multistakeholder practices’ (WS 29) aimed to assess the impact of a stronger digital economy on the creation of jobs, or equally, on job losses. It also analysed the role of multistakeholder groups in addressing the gaps, leading to sustainable development.

The workshop chair, Lorenzo Pupillo from Telecom Italia, highlighted a few key topics that needed to be addressed by the panel. There was a broad sense of consensus among the multistakeholder group (including, but not limited to, academia, the business sector and the Internet community) that the phenomenon of job losses due the growth in digital economy is temporary in nature and the sector shall reabsorb the damage with time.

The ICT sector and the digital economy in general has led to a reduction in transaction time for routine tasks, predominantly due to automation. As a result, the number of routine tasks needed to be removed, leading to an impact on the availability of jobs. Technology is expected to act as a great skillset and development tool for the new era. It is also expected to lead to new innovations, particularly through a combination of existing innovation.

The panel included representatives from the Internet Society, the Government of Korea, the World Bank, the Organization for Economic Co-operation and Development (OECD), LIRNEasia, Amazon Web Services, and the Government of Columbia.

Verna Weber from the OECD believed that the digital economy will lead to job losses, even if ‘we don’t have a crystal ball’ to foresee the future. However, the impact will disappear overtime.

Michael Kende, Chief Economist at the Internet Society, believed that innovative initiatives were providing a solution to prevent job losses. Initiatives included ‘Coder trust’ which offers programmers financial support and the necessary training. Referring to the World Development Report on Internet for Development, Natalilija Gelvanoska from the World Bank explained that Internet proved to be a great tool for enabling Job creation, and creating new skills.

Other panel members also shared their views on the digital economy and its impact on labour rules and the job market. It was agreed that the multistakeholder approach was mandatory to achieve the benefits of the digital economy.  In conclusion, the chairman said that issues related to the role of the Internet in creating jobs and the ‘Uberisation’ of economics needed to be addressed. 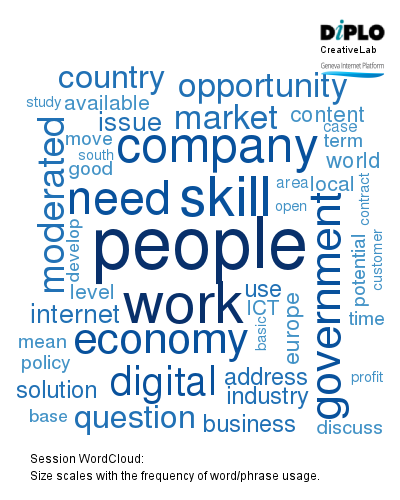 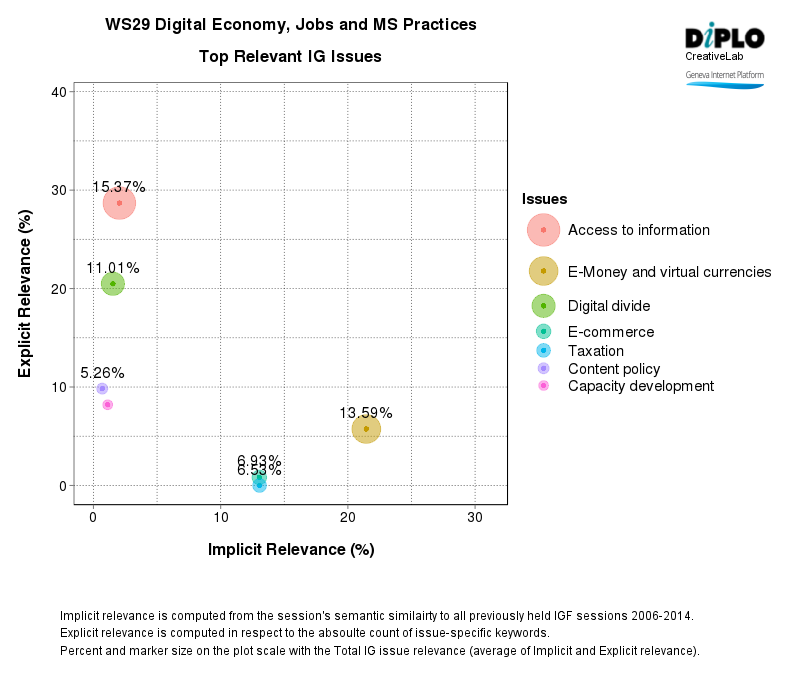 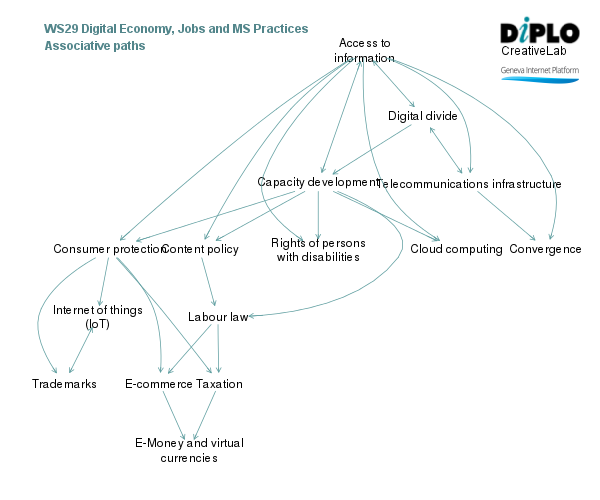 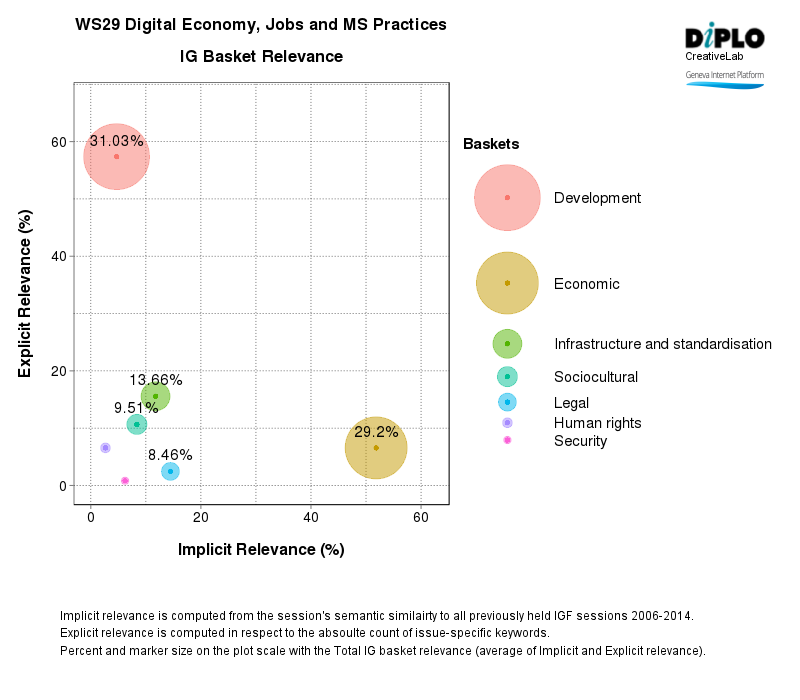 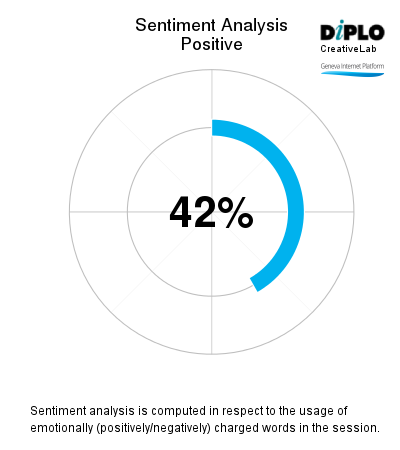 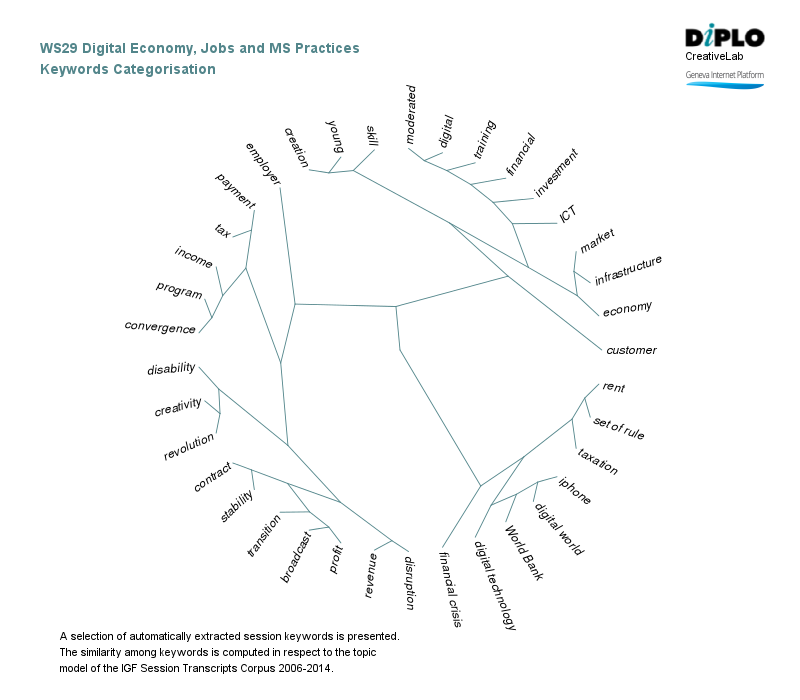 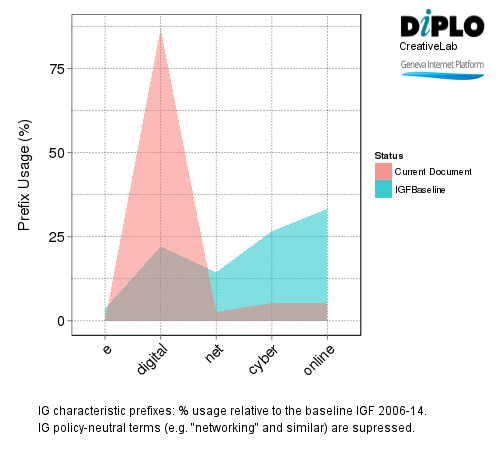 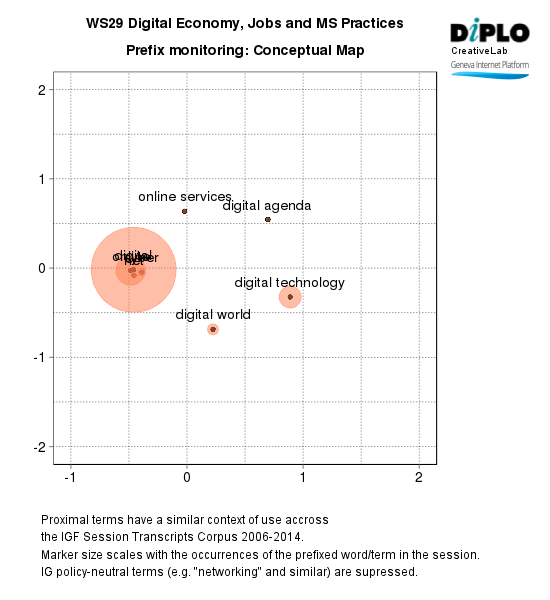