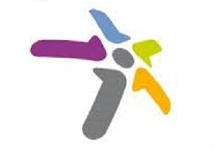 Stocktaking Session for the overall review by the General Assembly of the implementation of the outcomes of the World Summit on the Information Society (WSIS), 10 - 11 June, 2015 - United Nations Headquarters, Trusteeship Council Chamber

Co-facilitators, Ambassador Jānis Mažeiks, Ambassador of Latvia and Ambassador Lana Zaki Nusseibeh, Ambassador of the United Arab Emirates, who are tasked to lead an intergovernmental negotiation process on the overall review of the implementation of the outcomes of the WSIS organized the first stocktaking session on 10-11 June 2015. This first meeting of the overall process focused on the negotiation process leading up to the high-level meeting that is planned to be convened at the highest possible level, in December 2015, in accordance with the rules of procedure of the General Assembly. At this meeting, an overview of the WSIS process to-date was presented, and delegations will had the opportunity to provide their views on the proposed road map of the overall review. Reports by UN agencies, ITU, UNESCO, UNCTAD, were also presented on the various WSIS+10 reviews that have taken place to date. The hosts of the 2003 and 2005 WSIS summits, Switzerland and Tunisia respectively, also gave an overview of the previous summits.