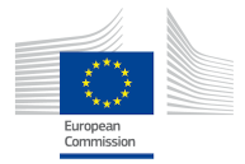 [Update] The webinar digest, recording, and presentation are available here.

While many lauded the European Commission’s Communication on Internet Policy and Governance, the proposal also sparked debate. US National Telecommunications and Information Administration (NTIA) head Larry Strickling offered support for the proposal, but did not make reference to the IANA functions. Dutch member of the European Parliament Marietje Schaake called for further debate within the European Parliament, while the Commission’s positioning of itself as an ‘honest broker’ led to further questions about plans for its involvement in IG negotiations in the next few months.

Diplo’s next IG webinar, on Friday, 7th March at 12 pm UTC/GMT, will feature a discussion on the proposal and on the European Commission’s plans for IG negotiations. The webinar will be led by Andrea Glorioso and Michael Niebel, members of the European Commission’s Task Force on Internet Policy Development which developed the proposal. It will explore, among other issues:

Join us on Friday, 7th March at 12 pm UTC/GMT. Webinar participants will be able to discuss the topic with our speakers. Attendance is free; registration is required. Please register here.