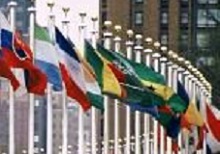 You can now read a summary of some of the topics raised during this webinar, together with links to useful resources, and recording of the webinar, in a blog post at https://www.diplomacy.edu/blog/webinar-digest-does-diplomatic-law-really-protect. This is the first in a series of three blog posts which will look at different topics from the webinar. The topic of the first post is "Breaches of the VCCR and VCDR in relation to interception of communications from diplomaticor consular missions to the sending states (Snowden revelations)”.

Please add your questions, views, and experiences as comments on this blog post. Alan will be replying to comments, and is very interested to continue the discussion.

Does diplomatic law really protect? There are harsh realities in the 21st century that all diplomats and consular officers should be aware of.

While the Conventions are treaties of international law, and therefore bind states, they do not necessarily provide legal protection to diplomats and consuls within the country of accreditation. In common law countries, like the United States, the United Kingdom, and Canada, the protections envisaged in the treaties are not always part of domestic law. In such cases, a judge in a court in those countries has the right (and obligation) to ignore any aspect of the Conventions that has not become part of the domestic law of the state.

The situation is even more complex: subsequent to the Vienna Conventions, new treaties have been signed, such as the Convention Against Torture, and the Rome Statute creating the International Criminal Court. Those conventions contain provisions which contradict some of the protections afforded to diplomats and consular officers under the Vienna Conventions.

Grappling with these contradictions, and understanding the current context of rights and obligations of diplomats and consular officers, will be the focus of this webinar. We will look at the following issues:

Join us for the live webinar on Tuesday, May 20th at 13:00 GMT (15:00 CET) held by Mr. Alan Franklin (Diplo's lecturer on Diplomatic Law: Privileges and Immunities).