One of the paradoxes of data society is that there is not enough data about data society itself. Numbers are used without the necessary rigor. For example, estimates of damage from cybercrime range from tens to hundreds of billions. The volume of e-commerce is also estimated to have a very wide range.

The presenters summarised the main findings of the survey which led to discussion:

1. There is greater online trust in developing than developed countries

2. There  is greater trust in the Internet industry (ISPs, online services) than in governments

The most trustworthy actors are Internet service providers (66%) and online banks (65%). Internet users have least trust in the responsible behaviour of foreign governments (43%).

3. The trust in their governments varies greatly

81% Indonesian survey respondents trust their government to act responsibly online. On the other side of the scope is Mexico, whose government enjoys the trust of only 25% of the survey’s respondents. 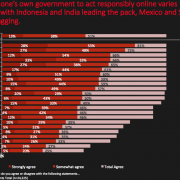 4. A lack of security is the main source of distrust

According to the survey, most Internet users do not trust the Internet because it is not secure (65%). The lack of trust is slightly lower when it comes to the reliability of the Internet (40%). 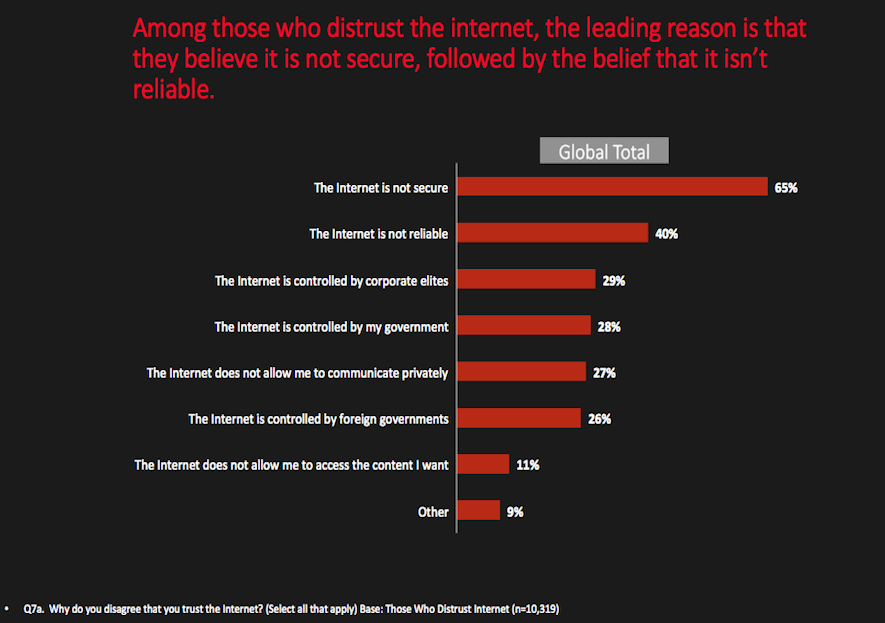 5. Cybercrime is the main concern 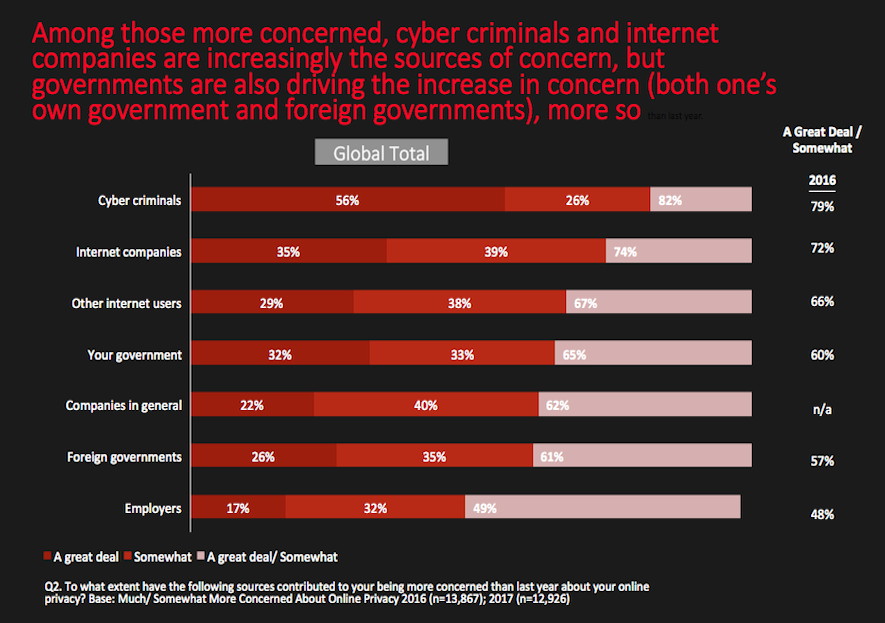 6. Changes in online behaviour could lead towards more trust

45% of the survey’s respondents avoid opening emails from unknown e-mail addresses. This is becoming part of the global digital hygiene. Most panellists during the discussions highlighted change in online behaviour as one of the main ways towards increasing both security and trust on the Internet. For ISOC, increasing the cybersecurity culture is one of cornerstones of the concept of collaborative security. The survey shows particularly noticeable changes in online behaviour in Latin America. 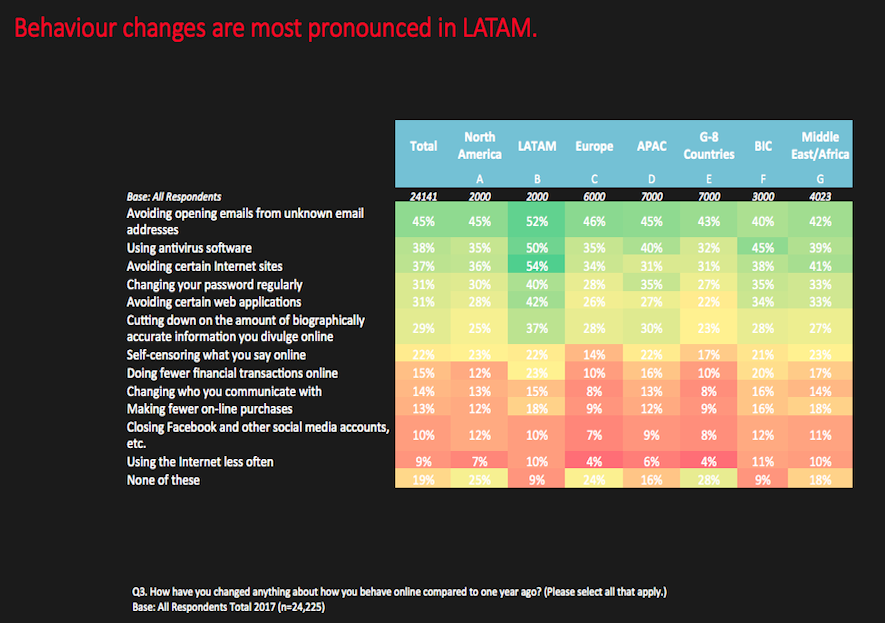 Internet users prefer to buy goods and services from their own country even if they have a chance to buy them from abroad via e-commerce platforms. 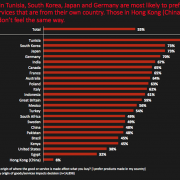 The survey identifies the following issues as the main concern for Internet users: consumer protection, protection of data privacy, and protection against cybercrime. The discussion focused on two ways for strengthening digital policy space: government regulation and ‘policy by design’. For example, an Internet Society representative argued that privacy-by-design, in particular encryption, could be a solution for data protection and privacy. 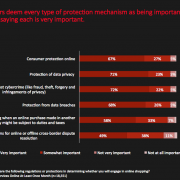