Confidentiality of communications and privacy of data in the digital age

The side event was organised by Privacy International and the International Network of Civil Liberties Organizations, with the support of the governments of Austria, Brazil, Liechtenstein, Mexico and Germany. The event focused on recent developments on the international and national levels, with regards to the protection of the confidentiality of communications and of personal data.

The first panellist, Ms Nathalie Prouvez (Chief, Rule of Law and Democracy Section, OHCHR), focused her speech on the Report of the UN High Commissioner for Human Rights on ‘The right to privacy in the digital age’, published in August 2018. Prouvez explained the topics covered in the report and discussed the responsibility of states in particular. She argued that significant obstacles continue to be in the way of the right to privacy in the digital age, and that states should create more robust and comprehensive legislation, keeping in mind the human rights laws. All victims of violations must have access to remedy mechanisms, including cross-boarder ones. Moreover, mechanisms for independent oversights should be implemented to ensure the legality and proportionality of surveillance measures. Finally, she encouraged businesses to enhance their activity in compliance with human rights laws, as well as for a collaborative effort with the public sector.

The second panellist, Mr Martin Ray Taban Mavenjina (Kenya Human Rights Commission), discussed the current issues of intelligence sharing. He structured his speech around the findings of the report ‘Unanswered Questions: international Information Sharing’. He argued that there are: insufficient laws governing how intelligence sharing agreements are formed and operate; insufficient government oversights and review of agency agreements; and finally, insufficient transparency and access to information about the agreements.

The third panellist, Mr Leandro Ucciferri (Asociación por los Derechos Civiles), talked about the implications of Biometrics for human rights. He argued that biometric data plays a huge role in the way we represent our identity with technologies. Furthermore, biometric data features two main characteristics: it is public and cannot be changed. Biometric data, such as finger prints, the pictures we upload online, the way we talk or walk, is indeed public and accessible to all. Governments are creating massive database containing the biometric data of their citizens and it represents a security concern because these databases are centralised and represent a point of entry that could be subject to attacks. The collection of large amount of personal data also affects the concept of presumption of innocence: indeed, when needed for analysis, all the data available is scanned for comparison. However, biometric data should also be analysed from another perspective: the way technologies are developed from the private sector. Indeed, the collection and analysis of data is affected by those who develop the systems we use in our daily lives, inevitably perpetuating biases.

The fourth panellist, Ms Elonnai Hickok (Centre for Internet and Society), talked about the intersection between artificial intelligence (AI) and privacy. AI has been defined in different ways according to the degree of narrowness with which experts look at it. It has challenged the perception of the online and offline world as two separate entities. Moreover, she underlined that AI is increasingly taking intelligent and autonomous decisions, raising safety concerns and considerations about the unexpected harm these decisions might create.

The final panellist, Ms Ailidh Callander (Privacy International), talked about data protection principles. Considering that more and more data is available in our digital world, the exploitation of such data could have an impact on the protection of human rights; indeed, it could threaten democracy. Data protection regulations (there are more than 100 different regulations worldwide) need to ensure transparency and include the perspective of civil society. Principles, rights and obligations on data protection should be the ground floor for the use of personal data and not the ceiling. 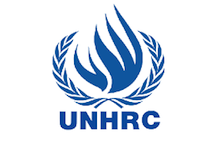