Torino Symposium: The Evolution of the Internet Governance Ecosystem 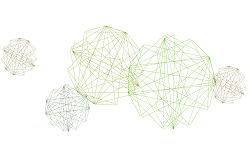 The Global Network of Interdisciplinary Internet & Society Research Centers hosted an academic symposium on The Evolution of the Internet Governance Ecosystem as part of an ongoing Network of Centers (NoC) events series on the future of Internet governance.

The event, taking place on Thursday, 2nd October, at the Aula Magna, Politecnico di Torino, Corso Duca degli Abruzzi, 24 - 10129 Torino (Italy), will mark an important milestone in the NoC’s globally coordinated research effort aimed at examining existing and potential models of distributed and collaborative governance with the goal of informing the evolution of - and current debate around - the Internet governance ecosystem in light of the NETmundial Roadmap and the work of various forums, panels, and committees.

The public conference is being held to discuss both research in progress and, more broadly, the role of academia in the debate about the next generation Internet governance ecosystem. We will present findings from case studies, discuss the overarching themes, and identify directions for future research.

Speakers include DiploFoundation's Dr Jovan Kurbalija, who will talk on Building Blocks and Toolkits for Distributed IG Models.

The symposium will serve as the conclusion of the first phase of a global, collaborative Internet governance research effort within the NoC and is also intended as an initial contribution to the NETmundial Initiative -- a partnership between the World Economic Forum, ICANN, and key governmental, industry, academic, and civil society stakeholders. In addition, the event marks the two-year anniversary of NoC’s operation. At this point, in accordance with the foundational principles, the Alexander von Humboldt Institute for Internet and Society (HIIG) hands over the administrative leadership of the Network to the Nexa Center for Internet & Society.

More details, including a detailed agenda, is available here.