Report for Symposium on the Future Networked Car

The eleventh Symposium of the Future Networked Car took place on 9 March 2017, during the 87th edition of the Geneva International Motor Show. The Symposium was jointly organised by the International Telecommunication Union (ITU) and the United Nations Economic Commission for Europe (UNECE). The main objective of the event was to offer a platform for a fruitful discussion among different stakeholders – vehicle manufacturers, governments and Information and Communications Technology (ICT) industries – on the future of vehicle communication and automated driving.

The session started with opening remarks from Mr Malcolm Johnson, Vice Secretary-General at the ITU, who stressed the importance of bringing together multiple stakeholders in order to foster technological innovation. In particular, he underlined the crucial role of the ITU as a UN-mandated agency that has successfully brought together and facilitated the convergence between two communities: industry and ICT sectors.  The Symposium has seen growing participation in the last years, and has attracted more than 170 participants in 2017.

Ms Eva Molnar, Director of the Sustainable Transport Division of UNECE, joined Mr Johnson in stressing the importance of co-operation, not only between different industry sectors, but also between different agencies – as is the case with the ITU and UNECE. In particular, her speech approached vehicle automation from a regulatory perspective: she reasoned on the relevance of the existing legal conventions vis-à-vis the latest technological changes and pushed for the development of harmonised regulations.

The Executive Roundtable reflected on the advantages and challenges that automatic driving will bring to individuals and societies once such technology is spread on a larger scale. All speakers talked about the necessity of harmonising the standards regulating such technology among different countries.

In particular, Mr Anders Eugensson, Director of the Governmental Affairs Department at Volvo Car Group, analysed the benefits of automated driving for individuals in terms of costs, liability and accuracy of data. With the development of such technology, customers would purchase automated driving packages that would cost less than a car. Moreover, he considered that cars will operate autonomously, and, in case of accidents, the responsibility would not rely directly on customers. Finally, thanks to cloud connectivity technology, the data available to the car system will be more accurate.

The Second Panel reflected on the benefits of fifth generation mobile networks or wireless systems (5G) for the development of automated driving. The speakers agreed on the crucial role of 5G technology for automated vehicles, especially in terms of connectivity and communication among units. Mr Peter Vermaat, Chair of the Connected Vehicle Working Group at the Wireless World Research Forum, considered that as opposed to a cloud computing type of connectivity (i.e. storing and accessing data over the Internet), Peer-to-Peer (P2P) computing (interconnected communication among peers, i.e. automated vehicles) allows for increased safety and improved efficiency of communication, and reduces the need for infrastructures.

The Third Panel discussed how Artificial Intelligence (AI) will change current transport systems. All the speakers built their discussions on the benefits of automated driving discussed by the previous panellists. Furthermore, they focused mainly on the possible risks to individuals from the deployment of AI. They assessed such risks in terms of security (protection from cyber-attacks), personal data protection (privacy concerns) and social economic externalities (loss of jobs in the car industry or transportation sectors).

The Fourth Panel focused on the relationship between connected vehicles and automated driving. The panellists discussed the co-dependency of connectivity and automated driving: having accurate communication systems among vehicles is crucial for the development of automated driving systems on a larger scale. David Holecek, Director of the Connected Products and Services Division at Volvo Car Group, concluded that connectivity, autonomous driving and AI are the cornerstones that will develop the concept of fully autonomous cars rather than autonomous driving in the future.

The Fifth Panel concluded the session by focusing on the cybersecurity threats to automotive systems. The speakers discussed the consequences that connectivity has in terms of individuals’ security in particular. Based on an interconnected system, automated vehicles operate in a constantly-hostile environment, susceptible to hackers’ attacks, resulting in financial cyber ransom, car theft and loss of control over the vehicle. 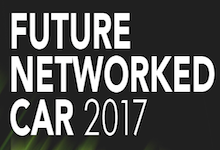 Symposium on The Future Networked Car