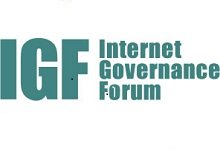 The South Eastern European Dialogue on Internet Governance is a regional IGF initiative dedicated to open, inclusive and informal dialogue on Internet governance issues among all interested stakeholders in South Eastern Europe (SEE) and the neighbouring area. SEEDIG is scheduled to take place in Sofia, on 3 June 2015, as a pre-event to the eighth European Dialogue on Internet Governance – EuroDIG (4-5 June 2015), and is organised by a committee representing various stakeholder groups from the region, with the cooperation of the EuroDIG Secretariat, the Bulgarian Ministry of Transport, Information Technology and Communications, and UNICART.

More information about the event can be found on SEEDIG's official website.