Roundtable Discussion: Get Up, Stand Up: What’s Ahead for Music? 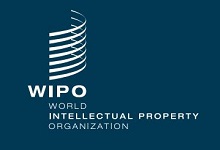 What lies ahead for music? How will it be created and disseminated? And how do creators see their future in the ever-changing digital economy? On the occasion of World Intellectual Property Day 2015, the World Intellectual Property Organization (WIPO) is organising a roundtable discussion entitled 'Get Up, Stand Up: What’s Ahead for Music?', on 21 April at 17:00-18:30, at the WIPO Headquarters in Geneva, Switzerland.

The roundtable, chaired by WIPO Director General Francis Gurry, will explore different perspectives from across the global music industry on the future of music in the digital market place.

Read more about the panelists.