The Role of Governments in Internet Governance 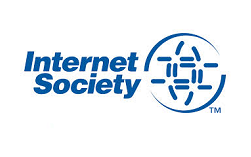 The Internet was built on basic libertarian and democratic axioms; it was developed and deployed outside the sphere of government influence, with the academic and technical communities playing the leading role. Their distributed, informal, and bottom-up decision-making processes challenge the traditional world of governments, which is based on the principle of national sovereignty, as enshrined in the UN Charter. One of the key questions for the future of Internet governance is the role of governments.

Following on the NETmundial conference in Brazil and anticipating major governance events later in the year - including the 2014 Internet Governance Forum and ITU Plenipotentiary - this briefing for Geneva-based Missions will provide an opportunity to discuss the future of Internet governance and the role of governments in Internet governance arrangements.

The event is organised in co-operation with the Internet Society.

Photos from the event are available here. New