Launch of the Information Economy Report 2017 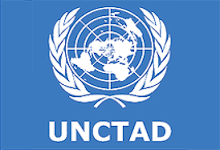 UNCTAD launched their Information Economy Report 2017: Digitalization, Trade and Development, at the Palais de Nations, in Geneva, on 3 October, 2017. The report looks at the trends in digitalization and examines how information and communication technologies (ICTs) are impacting global trade and development.

The event was opened by Dr Mukhisa Kituyi, Secretary-General of UNCTAD. He explained that the report is meant to provide a response to the demand by developing countries for assistance in coping with the challenges and opportunities that have arisen owing to the rapid transformations brought about by digital technologies. In addition, by providing data and statistics, it hopes to encourage policy-makers to engage in evidence-based discussions on this topic, and to adopt legal frameworks adapted to changes in digitalisation. Ms Shamika N Sirimanne, Director of the Division on Technology and Logistics (DTL) of UNCTAD, added that the point of the report was to provide a body of hard evidence on digitalisation, trade and development, and to enrich the discussions of the Intergovernmental Group of Experts on E-Commerce and the Digital Economy.

Mr Torbjörn Fredriksson, Chief of Information and Communication Technology Analysis of DTL, UNCTAD, provided a chapter-by-chapter overview of the report. He emphasised that we are only in the ‘early days’ of the new digital economy, which will generate significant transformations due to technologies such as robotics, artificial intelligence, cloud computing, big data, and 3D printing. These transformations can bring opportunities, as well as risks and challenges. The ultimate impact depends on the ability of enterprises and people to take advantage of digitalisation, as well as on countries’ readiness for e-commerce, which can only be achieved by taking a holistic approach to policy-making.

The report furthermore attempts to measure the digital economy, even though good statistics are often lacking, especially for developing countries. The measurements point at the fast growth of the digital economy, especially on the part of developing countries, yet there are still major digital divides that need to be factored in. In addition, the report looks at the way in which digitalisation can make trade more inclusive, and its consequences for global value chains.

Changes in the labour market are also analysed, including the phenomenon of online work. While this is making work more flexible and potentially more inclusive, it also raises concerns related to the lack of social protection and low wages. In general, digitalisation can affect jobs in four ways:

To tackle trade, development, and digitalisation issues, the dialogue between trade and Internet governance communities needs to be strengthened, and coordination needs to be improved across ministries, stakeholders, and different levels of government.

H.E. Mr Julian Braithwaite, Ambassador and Permanent Representative of the Permanent Mission of the United Kingdom of Great Britain and Northern Ireland to the United Nations and other International Organizations in Geneva, commented on the report by raising two key points:

He also stressed that the digital economy can only thrive with a free and open Internet, and that confidence in digital technologies is needed in the modern economic marketplace. He encouraged institutions in Geneva to remove barriers by working together: ‘If the international system doesn’t catch up, this will be harmful for economies and stifle opportunities’.

Dr Omobola Johnson, Senior Partner at TLcomCapital and former Nigerian Minister for ICT, emphasised that the digital divide is still widening due to a lack of affordable Internet and of awareness of the potential of digital technology. Based on current trends, we will only be able to achieve universal access to the Internet by 2042. Yet, with a committed multistakeholder and multidimensional perspective, progress can be accelerated. Therefore, collaboration is needed across ministries, departments, and agencies.