Session 6 of the 2017 Knowledge for Development Conference addressed examples of good practices in cross-sectoral Knowledge Management (KM). The session included a panel of representatives from government organisations as well as civil society, each of which addressed three main topics: challenges in implementing trans-disciplinary KM systems, lessons learned, and relevance to the UN’s Sustainable Development Goals (SDGs).

To start the panel, Ms Mariam Itani, UN Development Programme (UNDP), discussed the Arab Knowledge Project launched in 2009, which seeks to promote knowledge for sustainable development in the Arab region. The project’s challenges included the lack of a legal framework for KM in Arab countries, limited engagement from relevant stakeholders, and the difficulty of conducting fieldwork to connect war-torn communities. To address these challenges, the UNDP has attempted to invest in technology that decreases the cost of surveying and build upon the previous efforts of local partners to share knowledge and information. In relation to SDGs, Itani argued that knowledge translates into empowerment, which can be used to solve problems ranging from poverty to gender discrimination.

Mr Ibrahim Seba, United Arab Emirates (UAE) Ministry of the Interior, gave a presentation about their internal KM software. Their goal was to address four main issues: codify skills, transfer knowledge from good police officers to the organisation, manage human capital, and measure knowledge within the organisation. To achieve these objectives, software was developed in which users can search for officers with certain skills, contact relevant experts in various fields, and view a holistic ranking of officers in the system. By quantifying and reporting skill levels, they were able to create a system that promoted accountability and meritocracy.

The next speaker, Mr Florian Bauer, Climate Knowledge Brokers Group (CKB Group), gave insight into his group’s efforts to support environmentally-conscious entrepreneurs in developing countries. The CKB Group works with climate experts to filter the world’s climate research for its partners to use. By connecting the most relevant knowledge to the right people, CKB hopes to leverage the power of KM to fight climate change. The group’s challenges include addressing the diverse range of user needs, as well as recognising that knowledge brokers must act as an efficient link in an often-complicated knowledge chain.

The final three representatives then discussed how their individual platforms aim to connect external entities, rather than simply internal staff. The first, Ms Enrica Pellacani of the European Commission’s (EC) Capacity for Development, described the EC’s platform to connect the development communities of governments, civil society, and private companies around common projects and interests. This user-generated forum recognises the importance of Communities of Practice (CoP), which support collaborative communities through online-educational webinars and shared knowledge. One successful example, the Capacity for Development platform, facilitated the integration of systems between two different UN climate change agencies to form the collaborative Environment, Climate Change, and Green Economy Group.

Mr Richard Bryan-Cox of the UN Convention to Combat Desertification (UNCCD) then described his organisation’s Capacity Building Marketplace, which is similar to the EC’s platform but focused on encouraging discussion amongst larger groups of people. The live forum provides links to grants, education, and job opportunities, as well as methods for communicating with other users. In creating this marketplace of ideas, UNCCD emphasised the importance of focusing on the people behind the knowledge, as well as the need for a democratic, institutionalised process of knowledge sharing.

Finally, Mr Neil Pakenham-Walsh, Dgroups Foundation, explained his group’s platform to develop CoPs to set up large, collaborative groups of people. The similarity of this concept to the EC’s and UNCCD’s inspired discussion in the room about the fear of competing platforms of knowledge sharing, which would defeat the purpose of KM’s silo-breaking benefits. Regardless, Dgroups made the case for its platform by describing how over 800 communities (including NGOs, UN agencies, and private companies) have used the Dgroups system to work collaboratively. Dgroups attributed much of its success to its simple, reliable software and its email-based subscription method, which allows it to access a greater audience of actors. 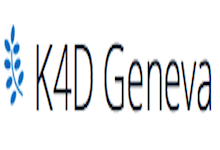