Splintering from the core up? Fragmentation and standards

Avoiding fragmentation is vital for a resilient internet. Technical standards and protocols have enabled interoperability within the internet. Historically, standards have been made by experts from the private sector and engineers, primarily from the USA and Europe. However, geopolitical pressures and conflicting visions for the future of technology have promoted increasing change.

‘New IP’ is cited as a concrete example of why it is important to consider internet standards as a potential driver of internet fragmentation. It is a term used to describe a series of proposals presented at the International Telecommunication Union in 2018 to reinvent the internet and its core architecture. These proposals are based on the idea that the current internet protocol is not adequate to address and meet the needs of future networks and emerging technologies. Despite not having moved forward, proposals with the same objective as New IP continue to be introduced across multiple standardisation organisations because of geopolitical factors that threaten the interoperability of networks.

The discussion highlighted that currently two IPs, IPV4 and IPV6, are available. The latter, in turn, is fully capable of meeting the needs of the New IP stated uses. Many problems pointed out by New IP do not concern the IP layer; rather, they pertain to other layers such as electrical engineering.

International forums such as the Internet Engineering Task Force (IETF) and the International Telecommunications Union (ITU) are seen as essential to preventing internet fragmentation, especially unchecked fragmentation.  Much collaborative work takes place between the two institutions. However, some challenges must be overcome. Standards proposals have a problem dimension and a solution dimension. On the problem side, it is necessary to verify if a proposal includes a rationale for why existing solutions are not sufficient or if an ongoing discussion is already occurring, so that no overlap or duplicate work takes place. On the solution side, having a system criterion can help verify if a proposal is deviating from core internet concepts (e.g., Internet Way of Networking framework). It is also necessary to pay attention to the economic consequences that any proposal will have if implemented and if all those affected by it were allowed to participate in the discussion.

Therefore, technical and policy communities must be brought together to foster collaborative work. To have meaningful participation, it is necessary to allocate resources and time to understand the technology and how it works. At the same time, it is necessary to recognise biases and barriers to participation, which requires standard bodies to promote greater understanding and inclusiveness. An industry-led and multistakeholder approach can contribute to greater participation and strengthen institutions (e.g., ISOC programme is a good example on how to build relationships among experts from different communities). 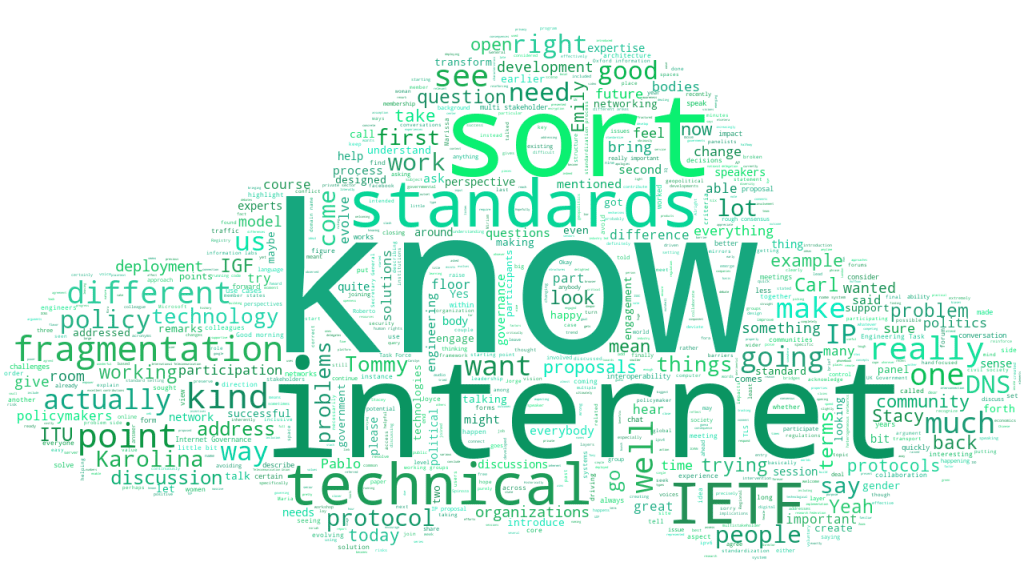