Dark commercial patterns have become more prevalent and more prominent with the rise of digitalisation. Their complex patterns have been challenging for policymakers to tackle, and thus no universally agreed definition has yet been adopted. Understanding what dark patterns are from a regulatory, academic, and business perspective while raising consumer awareness was the main discussion during the session.

At a broader level of understanding, dark patterns may be practices designed to mislead or manipulate online consumers, through fake countdown timers or drip-pricing, among many others. Considering that not all dark patterns have the same effects on consumers, it is hard to draw a line between a dark and a commercial pattern, while determining what practices can be considered manipulative.  The Organization for Economic Co-operation and Development (OECD) Committee on Consumer Policy’s report managed to find a global working definition, which reads as:

‘Dark commercial patterns are business practices employing elements of digital choice architecture, in particular in online user interfaces, that subvert or impair consumer autonomy, decision-making or choice. They often deceive, coerce or manipulate consumers and are likely to cause direct or indirect consumer detriment in various ways, though it may be difficult or impossible to measure such detriment in many instances.’

From an academic point of view, the terminologies of dark patterns used by scholars vary. Richard Taylor, for example, made a distinction between dark patterns and choice architecture based on neutrality. In the sense that choice architecture is not evil and that it is up to the design architect to decide how to use it. Thus, the examination is based on the designer’s intent, and if it is considered deceptive, then it is penalised. The problem, however, is that this creates a high burden of proof in determining deceptive practices.

Apart from individual harm, such as monetary losses, dark patterns could also harm competition. It is thus imperative to ensure that businesses have a fair design towards consumers and check whether their practices harm them.

From a business perspective, it is recommended to provide sustainable choices to consumers, as not all information is negative. Governments should be involved in filling the gaps in existing laws, and researchers should continue to enhance developing tools for understanding harm. Consumers should be taught how to detect and mitigate dark patterns, but it should be borne in mind that this will not prevent them from being prone to them. Therefore, it is important to combat dark patterns communally, to ensure effective consumer protection. 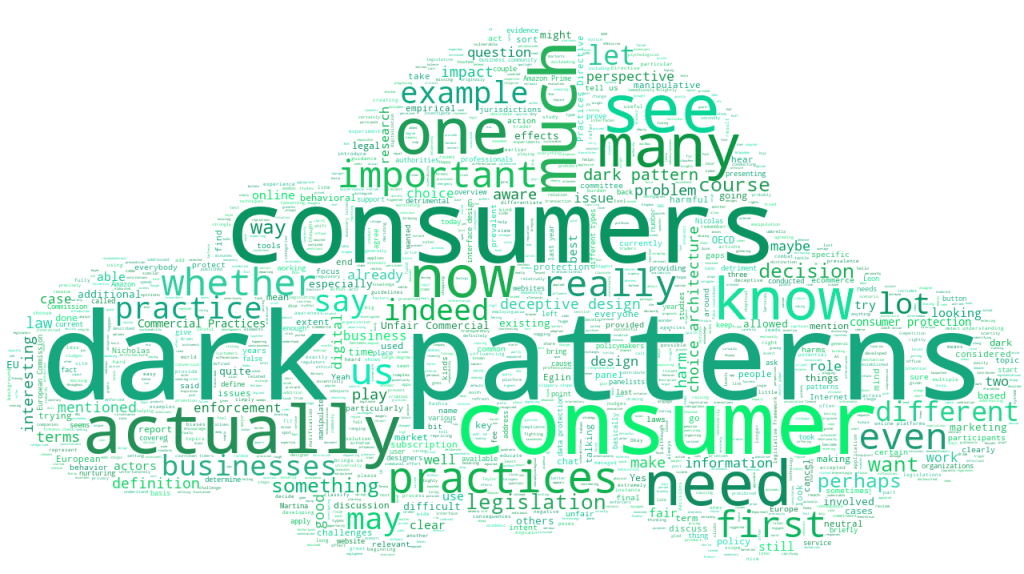