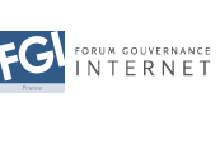 Further to the success of the first edition in 2014, the second IGF-France is a new day of public-spirited debates around the society stakes related to the digital technology. This Forum is closer and closer to the current news, at national and international levels. This event, open to everyone, is composed of two plenary sessions concerning respectively the current discussions at the world level and the coordination between French actors. It will also contain eight participative workshops. Themes were chosen with public input.

Platform responsibility
What role for the Internet platforms in the definition of rules and the balance of the rights?

Network effects and dominance situations
Are rules and traditional remedies of competition law the most adapted?

Big Data and Internet of Things
Do the connected objects raise new stakes for data processing?

Governance in French
Does the French-speaking world think differently the Internet governance?

Monitoring
Can safety be the result of an algorithm?

Collaborative Economy and sharing
New ways of working in the 21th century?

Digital rights of the dead
What rules for the personal data and the profiles on social networks?

United Internet
Can digital technology reduce the social inequalities instead of increasing them?