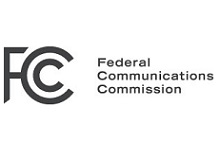 The February 2015 Open Commission Meeting of the US Federal Communications Commission (FCC) will be followed closely by Net Neutrality supporters and the broadband industry: the Commission is expected to vote on Chairman Tom Wheeler's proposals for New Rules for Protecting the Open Internet. The meeting will be broadcast live.

Earlier this month, Chairman Wheeler announced that the following items will tentatively be on the agenda for the open meeting scheduled for Thursday, 26th February, 2015:

The meeting agenda has been confirmed.

The meeting will take place in Room TW-C305, 445 12th Street S.W., Washington, DC, from 10:30 a.m. to 12:30 p.m EST (4.30 p.m. to 6:30 pm CET).
The proposals for protecting the Open Internet were announced in a blog post published by Chairman Wheeler on Wired. The fact sheet is available here, while more details about the FCC meeting is available here.
|full_html