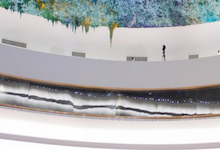 The side event ‘Digital access, shutdowns, and surveillance: Private actors and respect for free expression’ was organised by the Permanent Missions of Sweden, Austria, Germany and Brazil, together with civil society organisations Article 19, Association for Progressive Communications, Privacy International, and Access Now. It was moderated by Mr Thomas Hughes (Executive Director Article 19) who began by recalling the UN Human Rights Council (HRC) Resolution 32/13 from 2016, that called for the promotion and protection of human rights on the Internet. The Special Rapporteur on Freedom of Expression, Mr David Kayes report for the 35th Session of the Human Rights Council session, noted an increase in the incidences of states restricting access to information online. Hughes invited the panel to address three questions: Who do Internet shutdowns hurt? What are the responsibilities of private actors?; What the can the HRC do to address the problem?

Kaye gave a highlight of his report. He explained the process for making the report which involved a call for submissions, that resulted in many comments from governments, civil society, academia, and other stakeholders. This was followed by consultation with various actors.

The three topics in the report were Internet shutdowns, network neutrality, and surveillance. While states are bound by Article 19 of the ICCPR and the UDHR, there was a rise in the state sanctioned denial of access to the Internet and state access to personal data. On net neutrality, while there were states making policies towards the non-discrimination of online traffic, a few were clawing back.

He identified six good practices that the private sector could employ so as to uphold human rights online: evaluation of the human rights’ impact on entry/exit into the market; having human rights by design policies; engaging with all stakeholders; mitigating the impact of human rights violations; being transparent; and adopting effective remedies for the violation of rights.

Ms Gayatri Khandhadai (Project coordinator, Association for Progressive Communications) raised concerns about the long lasting geographical shutdowns, such as those in Cameroon and Kashmir. She explained the implications of the disruptions, not only on the freedom of expression, but other rights too, such as the freedom of assembly, economic, social and cultural rights.

She called on the HRC to give guidance on the basic minimums on human rights online as well as a guarantee on terms of service for consumers of Internet services.

Ms Julie Owono (Executive Director, Internet Without Borders) brought to fore the different standards employed by European companies operating telecommunications  companies in Africa. She argued that while in Europe the companies adhered to human rights standards, this was not always the case in the global south. She therefore called for the implementation of the UN Guiding Principles on Business and Human Rights on multinational companies, not only in home countries but also in markets abroad.

Mr Patrik Hiselius (Senior Advisor, Telia Company and Global Network Initiative (GNI) Board Member) spoke about Telios, a Swedish company operating in Nordic and Eurasian countries. He shared his experience in implementing the UN Guiding Principles within Telio and with like-minded companies under the GNI. The GNI addresses the challenges of human rights online, through shared learning and building relationships among the different stakeholders.

Ms Laura Okkonen (Head of Human Rights, Nokia and former Chair of the Telecommunications Industry Dialogue (TID)) explained the challenges faced by vendors who were bound by confidentiality to their customers, including states. Under the TID, they were exploring ways to be transparent within these limitations. Among the methods identified was public commitment to the UN Guiding Principles by members. They have also developed resources such as a publication on country legislation on lawful interception and surveillance.

In further discussions with the participants, the debate on the ‘Digital Geneva Convention’ arose. Many took the view that it was more urgent to get states to protect and uphold digital rights, before developing a treaty.  Others saw a danger in negotiating a treaty under the current circumstances, where some states were leaning towards limiting digital rights.

In conclusion, the speakers and participants suggested that the HRC should adopt the report of the Special Rapporteur, continue to urge states to promote human rights online, and connect to other UN agencies in advocacy against issues such as Internet shutdowns.