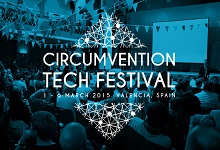 The Circumvention Tech Festival (CTFestival), which will take place in Valencia, Spain, on 1-6 March 2015, will gather the community fighting censorship and surveillance for a week of conferences, workshops, hackathons, and social gatherings, featuring many of the Internet Freedom community's flagship events.

Specifically, the festival enables the Circumvention Tech community to pool resources, share knowledge, and network. Developers can interact with on-the-ground activists; journalists can exchange stories with humanitarian workers; funders can meet end-users; and so forth.

Notably, the festival will feature two community-run series - one in English and one in Spanish - offering space for projects and individuals to host their own talks, hackathons, panel discussions, trainings, etc. The festival will also feature public events designed to familiarise the local Valencian community with the circumvention tech field.

Why is the festival needed?

CTFestival will create a common space where diverse communities working against and affected by censorship and surveillance can come together to teach, plan and act.

Worldwide interest in protecting vulnerable populations from digital attacks continues to increase as the threat against those populations grows in strength and sophistication. The international community of circumvention tech users and developers must come together and collaborate. Instead of meeting at isolated points to serve one defined population (journalists or developers or NGOs, for example), we need all the various groups touched by surveillance to engage in conversation.

Who will the festival benefit?

The CTFestival will cater to a variety of needs. Citizens can learn strategies to protect their online privacy and stay secure; journalists can learn how to better keep their sources safe; developers can gain a better understanding of the problems activists in places like the Middle East are facing; humanitarian workers and human rights researchers can become better versed in digital strategies that can help them stay safe on the frontlines; government and private funders can have a better understanding of the needs of NGOs, etc.

The event is hosted by OpenITP, a project of the New America Foundation's Open Technology Institute.